Apple’s actions to minimize the impact of the company and its products on the environment are being received positively. However, Apple’s own reports would be more interesting if measured against those of other tech players. Fortunately, Greenpeace does just that every year.

The latest 2015 Click Clean Report published today welcomes Apple’s initiatives and rewards them with the top position in the Greenpeace Clean Energy Index for the second year in a row, leaving behind Amazon, Facebook, Google, Microsoft, Oracle, and other major players.

Google, on the other hand, continues to match Apple in deploying renewable energy in some markets, but its 100% renewable energy is a “bit” far due to monopoly utilities for several data centres such as the ones in Carolina, Georgia, Singapore, and Taiwan, the report highlights.

Apple has been successful at sourcing renewable energy in Europe, but more work is needed for a renewable-energy-powered Internet: They need to break some utility barriers, Greenpeace notes. 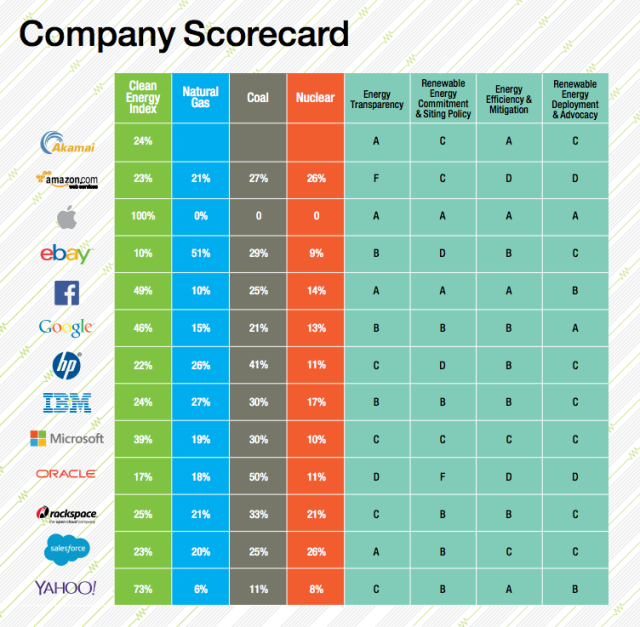 Apple received the top grade in every single category analyzed by Greenpeace. The non-governmental activist group has been keeping an eye on tech companies since 2010. While it was criticized at first, the iPhone maker has made significant progress during the past couple of years, as highlighted in its latest environmental responsibility report, and now by the latest Greenpeace study.