Apple Hits a Record $15.4 Billion in Manufacturing Costs Per Quarter 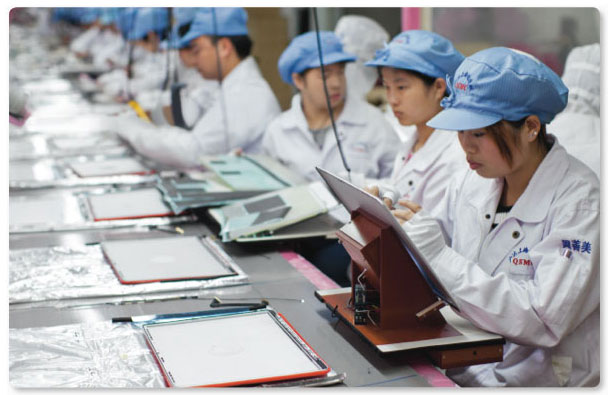 The analyst also noted that Apple will be spending another $5.6 billion on tooling, capital assets, advertising, and research and development, which marks a huge 300% year over year increase. What’s more interesting is that with Apple spending more money than ever on tooling, Daryanani speculates that the company is spending for not only the debut of iPhone 6, but also for the much rumoured “iWatch.”

“While Apple’s spending and commitments continue to grow, so does the company’s cash: As of the end of the June quarter, Apple had $164.5 billion, with $137.7 billion of it held overseas and the remaining $28.6 billion in the U.S. Apple’s overall cash balance was up $17.9 billion year over year, a 12 percent increase.

Apple expects to spend $500 million to build 20 new retail stores and remodel 15 more, with the remaining $10.5 billion to product tooling, manufacturing, process equipment and other items.”

RBC Capital Markets has maintained its $110 price target for AAPL.