Back in 2012, Apple’s stock (AAPL) made the Cupertino company’s market value break Microsoft’s old record of $616.3 billion market capitalization set in 1999, while more recently, it became the first stock to ever trade above $700 billion market cap. Keeping in view this record setting market capitalization, Visual Capitalist has come up with a graphic that visualizes the stark contrast between AAPL and all other S&P 500 mainstays. 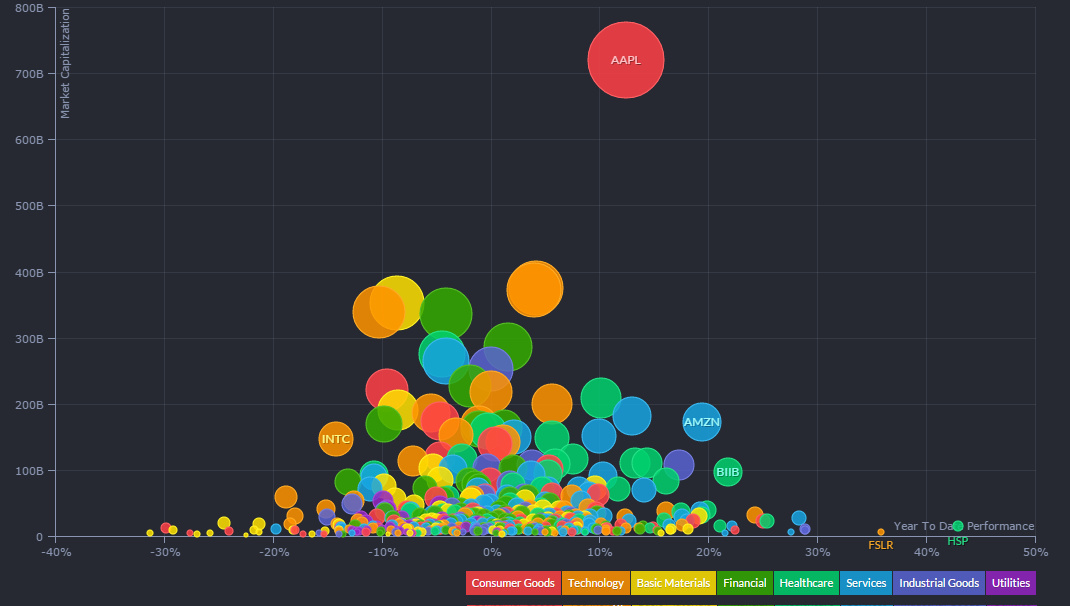 The horizontal axis in the graphic shows the YTD performance of S&P 500 stocks coloured by sector, and the vertical axis shows market cap.

It is believed that if the Apple Watch can truly disrupt the watch market, it could be a key driver in bringing AAPL to a one trillion dollar market cap.