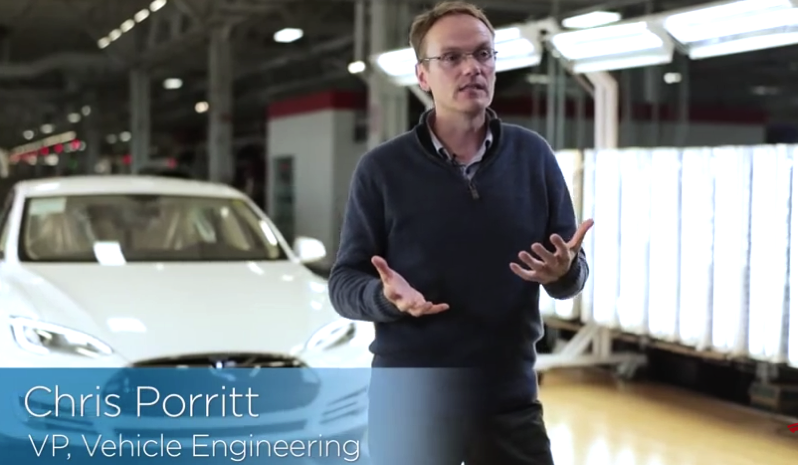 You may recall from earlier reports that Steve Zadesky, to be heading Apple’s secret electric car project, has left the company. If this is indeed the case, Porritt could be Apple’s “most senior car guy”, 9to5Mac and Elektrek speculate.

Before joining Tesla, Porritt served as key engineer in the UK automotive industry, starting at Land Rover, where he held the position of Principal Engineer in Vehicle Dynamics before leaving for Aston Martin to take the Chief Engineer’s role until 2013.

According to 9to5Mac, Porritt didn’t make a direct transition from Tesla to Apple. Anonymous sources “with knowledge of the matter” at Apple have told the blog that Porritt joined the iPhone maker as “Special Projects Group PD Administrator”.

Allegedly, some senior Apple engineers will be reporting directly to the recently hired Porritt, whose LinkedIn page still lists Tesla as his current employer, including Product Development Engineering Director Albert Golko, who until last year was working in the iPhone group.

If Porritt has indeed joined Apple, it’s a major loss for Tesla. As for the Apple Car, rumour has it the vehicle will be publicly unveiled sometime in 2019.

Update: The hire has been corroborated by Tim Bradshaw at the Financial Times, so it looks like this could very well true:

Apple has lured a former top Tesla engineer to its secretive electric car team, according to people familiar with the move, in one of the iPhone maker’s most senior automotive hires.

The latest video from Mrwhosetheboss reveals some Samsung smartphones are suffering from a swollen battery issue. Samsung dealt with a Galaxy Note 7 fiasco in 2016, when batteries for the smartphone were catching fire worldwide. Now, it appears some older Samsung phones are seeing batteries swell up, even when off and in storage. The tech […]
Gary Ng
46 mins ago