As pointed out by the folks over at MacRumors, Apple appears to have reduced the maximum estimated trade-in values of most of its products overnight, including iPhones, iPads, Macs, and Apple Watches. The reductions have occurred not only on Apple’s U.S. and Canadian online stores but also in Europe and other regions. 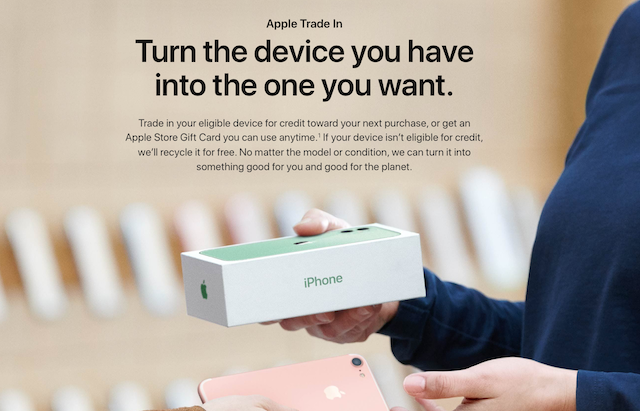 As of now, the new trade-in iPhone values on the trade-in program page match the values offered on Apple’s online store when purchasing new devices, meaning there are no special trade-in prices for Macs, iPads, and Apple Watch models when ordering a new device.

Below is a list of all device trade-in reductions (based on Apple’s U.S. online store) with new maximum estimated trade-in values shown in bold alongside their previous values in brackets.

Citing unnamed sources and internal documents, CNBC is reporting that Google is testing new AI-powered chat products to compete with OpenAI’s ChatGPT. Google is said to be testing a ChatGPT-like chatbot called 'Apprentice Bard,’ which uses the company's LaMDA technology. The said chatbot is being tested by Google employees, who ask the bot questions and receive...
Usman Qureshi
12 mins ago

According to a report by Semafor, Microsoft's Bing search engine will incorporate a faster, richer version of ChatGPT called 'GPT-4' into its product in the coming weeks. Citing people familiar with the matter, the source says the latest update of ChatGPT software responds much faster than the current version. The sources also say that GPT-4 offers replies...
Usman Qureshi
37 mins ago

Popular note-taking app Notability has just introduced a new Pencil feature, bringing the most paper-like sketching experience to digital notetakers. This marks the app’s first time releasing a tool that enables users to style their ink strokes, add texture, and change colours after writing without any pixelation. The Pencil tool makes drawing in Notability feel just...
Usman Qureshi
55 mins ago