Apple has once again updated its head tracking related patent which was originally published back in 2009, adding more strength to the patent claims relating to “methods” while reducing the patent claims relating to “systems”, reports Patently Apple. According to the patent application from Apple published by US Patent & Trademark Office today, Apple is refining its head tracking technology which is part of a larger project relating to a future 3D GUI for the desktop and iOS devices. 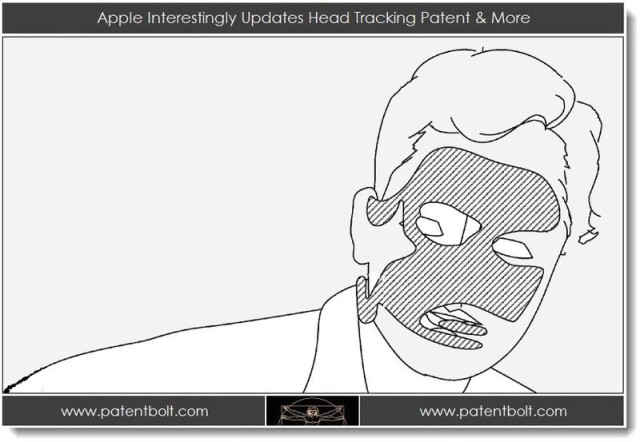 The source believes this could be Apple’s response to a recent patent from RIM which illustrates company’s plans to bring a 3D UI to their future lineup of BlackBerry devices.

If anything, it shows that Apple is still actively refining their technology which is part of a larger project relating to a future 3D GUI for the desktop and portables. This is a timely revelation considering that a new patent from RIM illustrates their desire to bring a 3D UI to their future lineup of BlackBerry devices. Yes, the race is on to bring 3D head tracking user interfaces to market and it’ll be interesting to see if Apple will decide to lead or follow on this front.