Apple Canada’s refurbished section is throwing it back to 2012’s fifth generation iPod touch, as right now 32GB units in Black & Slate and Space Grey are available to purchase for $209. 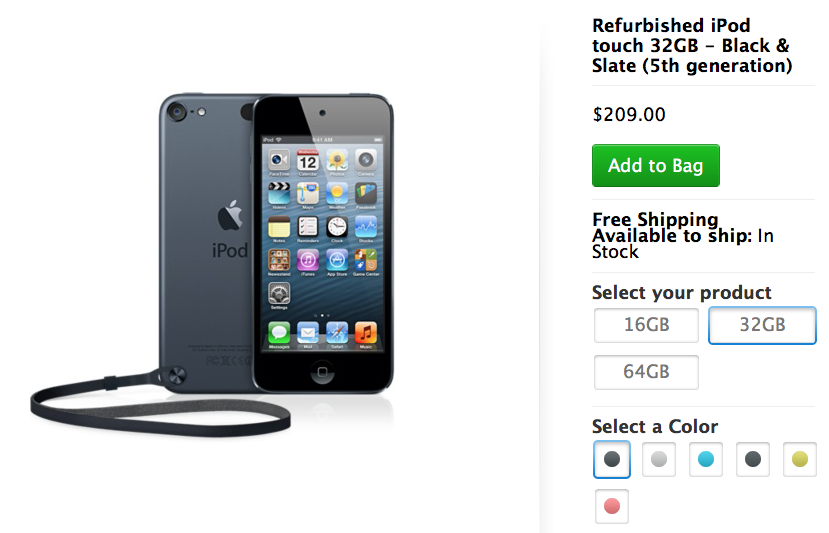 This aging unit with a 4-inch Retina display is powered by the A5 CPU, can record 1080P HD video, supports Bluetooth 4.0 and has a 5MP iSight camera. If you need a cheap iPod touch for basic functions as a music player, this may be the one. It still is capable of running iOS 9.

All refurbished iPod touch units come with a 1 year warranty, new battery and outer shell, manuals and accessories and “a new white box”. Could make an upcoming Christmas gift for the kids.