If you’re looking to pick up a refurbished 5th generation iPod touch, Apple.ca has restocked models today in various colours. 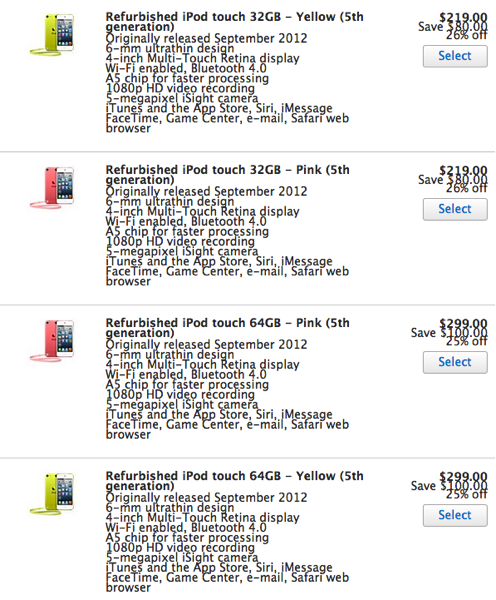 Refurbished products from Apple are good as new and come with a one year warranty. These models debuted in September 2012 and are powered by the A5 processor and a 4-inch Retina display.

Last October, Apple dropped its refurbished prices on these models by $30. These might make an ideal starter iOS device for the kids. Let us know if you’re going to jump on this!

According to a report from Bloomberg's Mark Gurman, Apple is parting ways with its Vice President of Procurement, Tony Blevins, after the latter was filmed making an inappropriate joke in a viral TikTok video. Blevins was one of Apple's top supply chain executives and one of Tim Cook's most effective cost cutters. Most recently, he worked...
Nehal Malik
56 mins ago