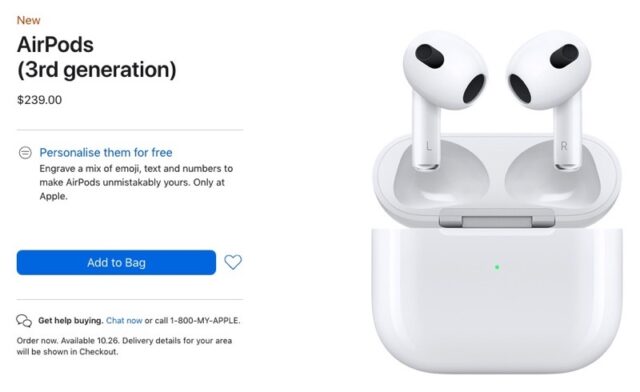 Apple has released a new firmware version for its AirPods 3 wireless earphones, as firmware 4.2, builds 4C170 is now available, according to @AppleSWUpdates.

It’s unclear what’s new in this firmware update for Apple’s third-generation AirPods, but there are likely bug fixes.

Back in December, Apple released firmware update 4.2, build 4C165 for AirPods 3 (and for AirPods Pro, AirPods Max and AirPods 2).

You can check the firmware of your AirPods by connecting them to your iOS device, then going to Settings > Bluetooth > Tap your AirPods > Scroll down to ‘About’. Check the video above on how to update your AirPods.