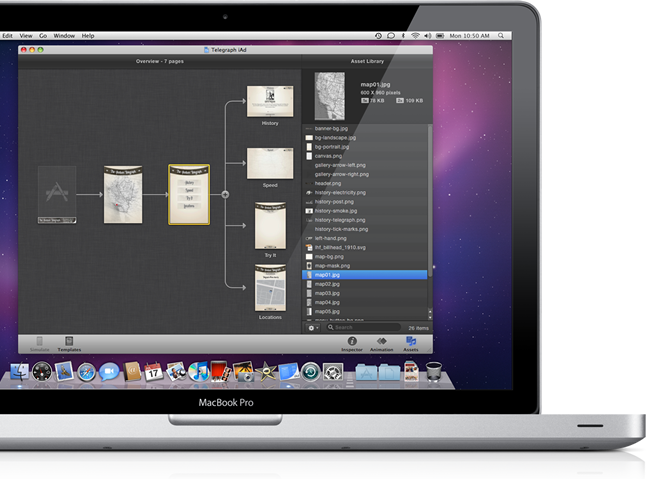 iAd Producer is Appleâ€™s graphical environment for creating iAd rich media ads for the iAd Network. Whether youâ€™re a designer or a programmer, iAd Producer helps you design and create interactive, compelling ads with little or no coding.

* An end-to-end solution for designing, creating, and testing ads.
* Powerful editing capabilities that help you define the look and behavior you want.
* Seamless integration with iAd JS programming interfaces.
* Extensible architecture that allows you to implement and edit reusable custom objects and styles.

iAd Producer is available for download within Apple’s Developer portal. With this new tool, get ready to experience iAds on your iPhone like we’ve never seen before. I’m looking forward to seeing some Canadian iAds soon.