This is a minor update to firmware 4.0 that addresses a recent security vulnerability in the way Safari handles PDF files.

Below are the updates in firmware 4.0.2:

Remember, if your iPhone is jailbroken and/or unlocked or you are thinking about jailbreaking and/or unlocking your iPhone, you should not immediately update to 4.0.2, as you may lose the ability to jailbreak and unlock. 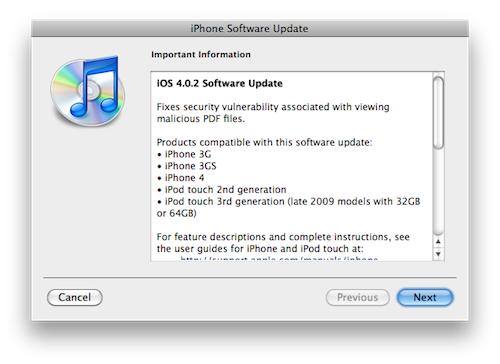