The update contains changes to the iOS crowd-sourced location database cache including:

The update is available for the iPad (1/2), iPhone 3GS/4 (GSM), and iPod touch (3rd/4th generation). Users can update their devices by connecting them to iTunes and clicking “Check for Update”.

As usual, jailbreakers/unlockers should avoid iOS 4.3.3 until further notice. 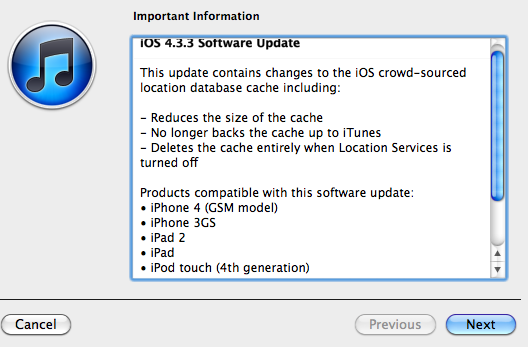