Apple has just released iOS 4.3.5 to fix a security issue (as first noted by MacStories), and most likely a bunch of bug fixes as always. The change log reads: 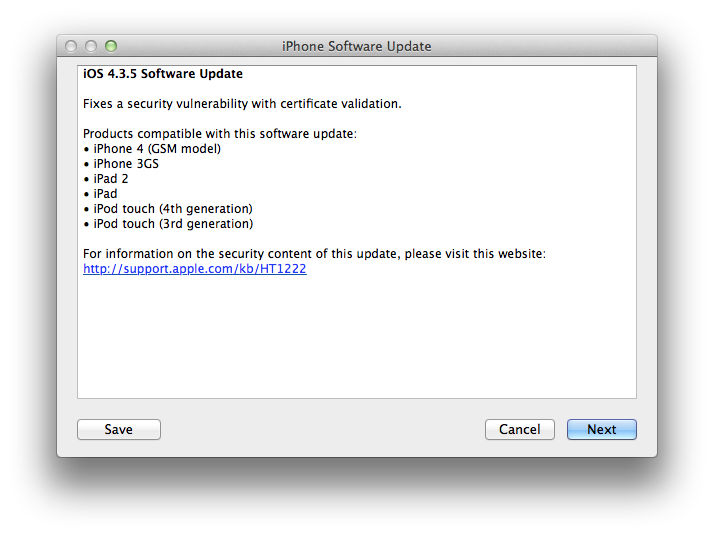 The update is available for the iPhone 4, iPhone 3GS, iPad, iPad 2, and 3rd and 4th gen iPod touch. If you’re on a jailbroken device using iOS 4.3.3, do not update as this will erase your jailbreak. iOS 4.3.4 was released only ten days ago.

Since the advent of the PlayStation 5, I’ve been impressed with Sony’s new DualSense controller. It’s quickly entered the upper echelon of controllers as far as I’m concerned. Bringing haptics and adaptive triggers and leveraging comfort, the DualSense really elevated my experience in the PlayStation ecosystem. However, I’ve also long been a proponent of the...
Steve Vegvari
26 mins ago