Apple has posted iOS 5.1 beta 2 to developers. One new feature is as described as follows:

So images deleted from Photo Stream will be applied across all devices, helping keep your photos in sync.

Check back for updates. iOS 5.1 beta 1 was released back on November 28th. 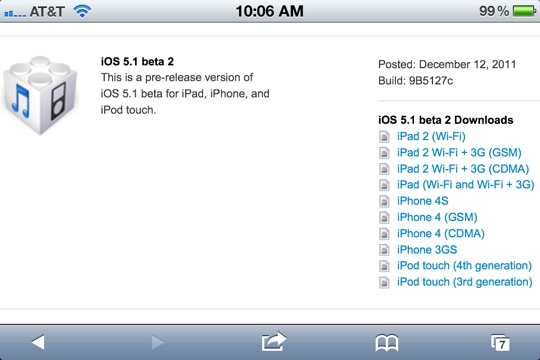 In celebration of Computer Science Education Week, Apple is introducing a new Today at Apple session, Coding Lab for Kids: Code Your First App, at Apple Store locations around the world beginning December 5. For those who aren’t familiar, the Today at Apple program offers free, daily in-store sessions that assist customers in unleashing their...
Usman Qureshi
10 mins ago