Apple has just released iOS 5.1 Beta 3 to developers as an over the air (OTA) download around the world. The Developer Center has yet to be updated with the downloads and change log, so check back soon as this develops.

iOS 5.1 Beta 2 was previously released as a standalone download back on December 12th, that introduced the new feature of being able to delete photos across PhotoStream on all devices. 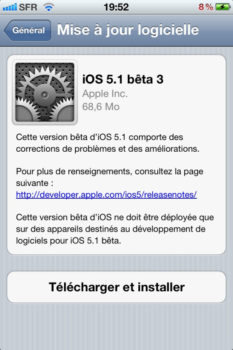 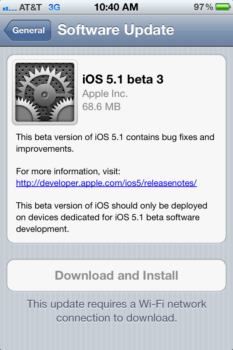 Update 1: Apple has updated their Developer Center to include release notes and download links for iOS 5.1 beta 3, build 9B1514a: (thanks tipster!). 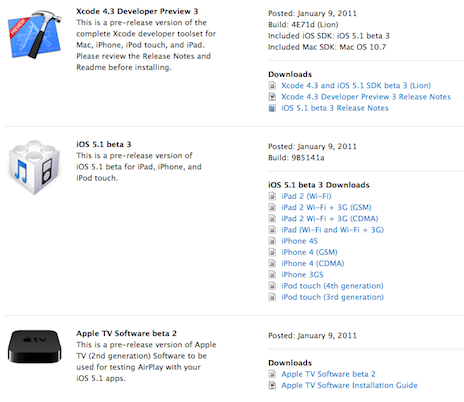