Apple offered free shipping today only on all products purchased from Apple.ca as part of Cyber Monday. They weren’t finished with giving though as now iOS 5.1 beta is now available to developers. Build number 9B5117b comes in at an 800MB download for the iPhone 4S. 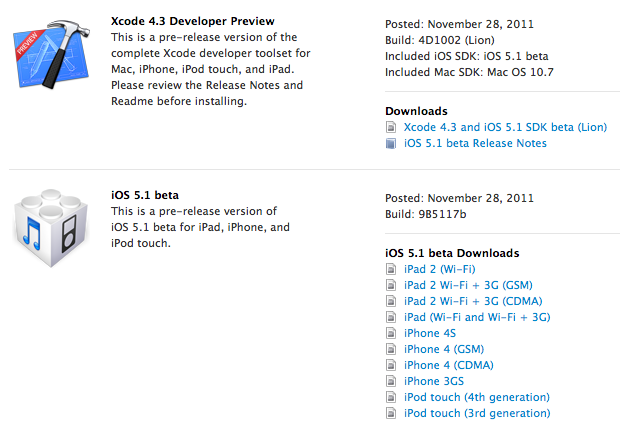 Apple previously noted they are still working on crushing bugs linked to battery in iOS 5. It’ll be interesting to see what major differences will exist with this new beta.

Some release notes (thanks anonymous):