Just like the previous beta release i.e three weeks after iOS 6 beta 3, Apple has pushed iOS 6 beta 4 to the developer community. Developers running beta 3 on their iOS devices can grab the update either as an over the air (OTA) update or manually download iOS 6 beta 4 .IPSW files from Apple’s iOS Developer Center and apply the update using latest version of iTunes. An updated Xcode 4.5 Developer preview 4 and Apple TV iOS 6 beta has also been released. Apple is expected to launch iOS 6 to the public this fall, presumably alongside the new iPhone at widely rumoured September 12 media event. 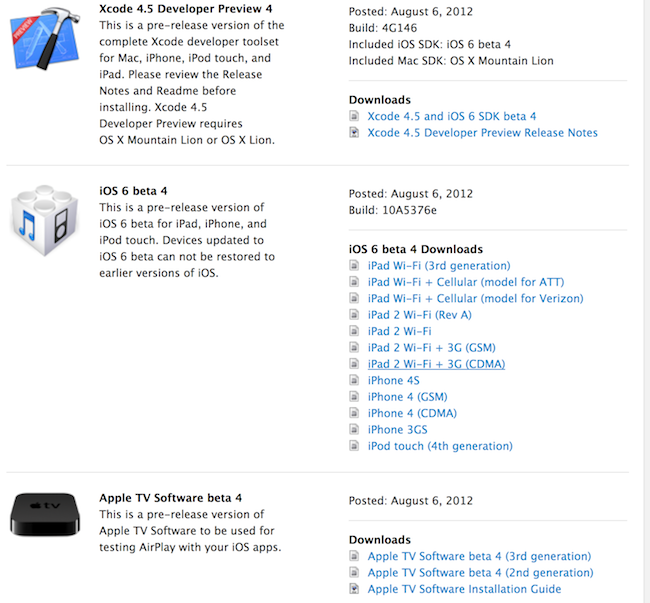 The fourth iOS 6 beta arrives as Build 10A5376e. Here are some highlights from the release notes: