Apple announced iOS 6 today at the WWDC 2012 event which kicked off today in San Francisco. We’ve already published a detailed round-up of some of the great new features introduced in latest version of iOS and now, the first beta of iOS 6 has been released by Apple for download. For those who have a developer’s account or an iOS device with UDID registered, can download iOS 6 beta right now for their iPhones, iPads and iPod touches. 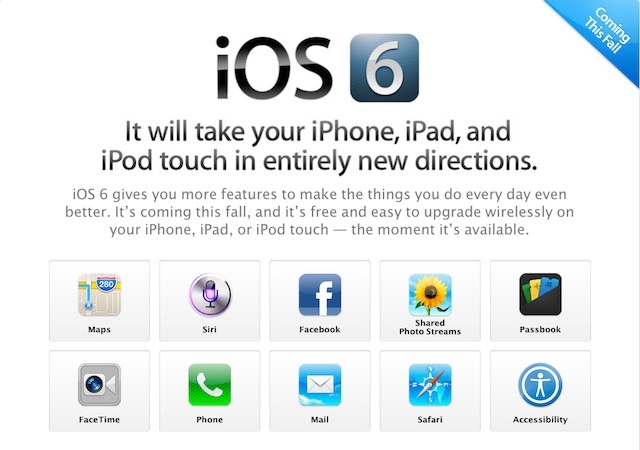 The iOS 6 beta just can be download from Apple’s Developer Center. If you’re among one of the lucky initial testers, please don’t hesitate to share your experience with us in the comments section below!