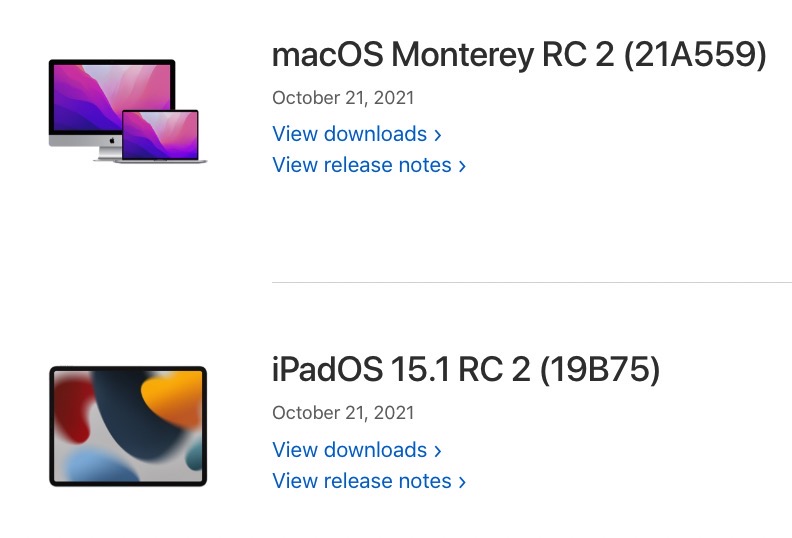 Apple has released new developer builds of macOS Monterey and iPadOS 15.1 on Thursday.

After the company’s special event on Monday, Apple released Release Candidate (RC) builds of all its developers. Now, the company’s has posted updated RC 2 builds for developers to download and test:

No word on what’s exactly new in these releases, but stay tuned. Apple previously stated iOS 15.1, iPadOS 15.1, watchOS 8.1, tvOS 15.1 and macOS Monterey will be available for download next week.

Apple announced earlier this week it will release macOS Monterey for download for everyone on October 25, 2021.