Apple has released iTunes 10.6 to bring the ability to play 1080p HD movies and TV shows from the iTunes Store. Earlier today, Apple announced a refresh to the Apple TV, to enable 1080p playback, for $109 CDN. Of course, that preceded the major announcement of the new 3rd generation iPad with Retina Display, LTE, and better cameras.

This release also includes many improvements for iTunes Match, including: 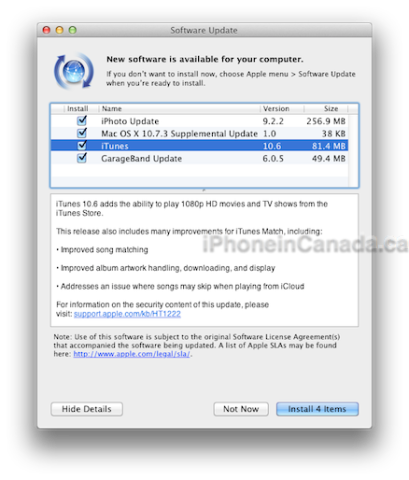 You can download this update via Software Update on your Mac. Earlier, Apple released iOS 5.1 over the air for the iPhone, iPad, and iPod touch.