Today at the annual Apple music event, Apple released the latest iTunes 10.Â The new iTunes should be available later today on a PC/Mac via Apple Software Update or from Apple’s website.

The biggest change was the new iTunes Ping social media network which is open to 160 million iTunes users instantly. Ping is a social network for music, like FaceBook and Twitter, where users can follow and be followed and music recommendations can be passed around.

Users can also upload videos and photos all from within iTunes and Ping is further accessible on iPhone and iPod touch.

As usual, if you’re jailbroken or plan to jailbreak, it is best to avoid the iTunes 10 update until further notice. 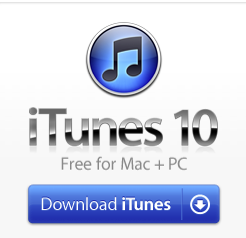