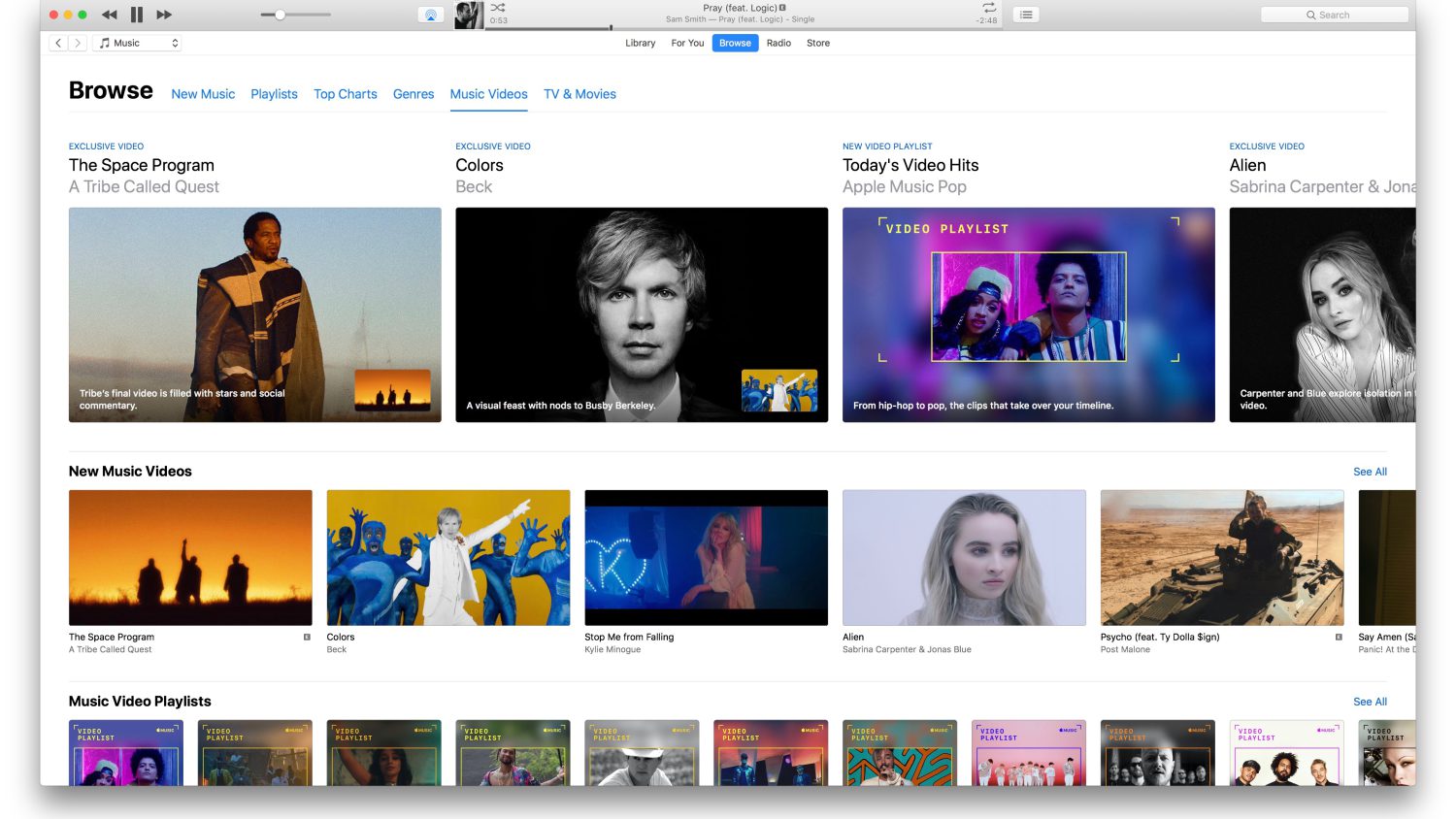 The new section allows uers to discover new music videos straight from the “Browse” section of Apple Music. There is also an option to create playlists of music videos within Apple Music. In the release notes, Apple stated:

The update for iTunes can be downloaded directly from the Mac App Store for free in the Updates tab.