The update comes with the release of Apple TV 3.0 software and the release notes for iTunes indicate that the 9.0.2 update is mainly for Apple TV:

iTunes 9.0.2 adds support for Apple TV software version 3.0, adds an option for a dark background for Grid View, and improves support for accessibility.

Jailbreakers should hold off until further notice. 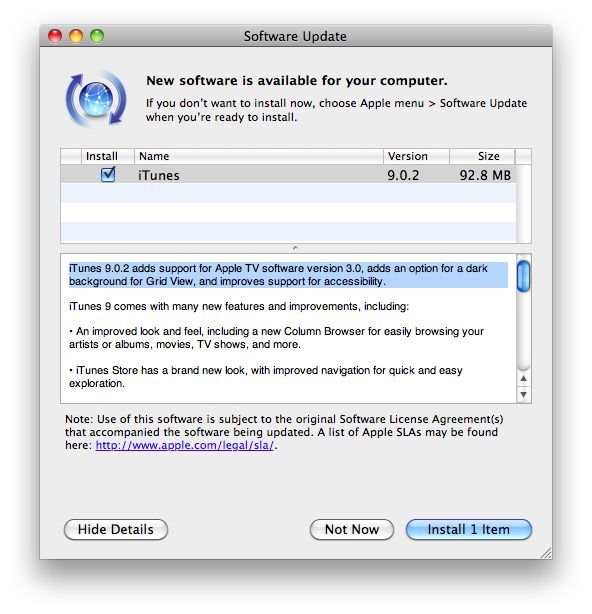