The update comes to support the upcoming USA release of the Apple iPad. However, the update also focuses on Genius Mixes and renames “Audiobooks” to “Books”:

iTunes 9.1 comes with several new features and improvements, including:

– Sync with iPad to enjoy your favorite music, movies, TV shows, books and more on the go

Note: As usual, if your iPhone is jailbroken or hacked in any way, I would avoid the iTunes 9.1 update until further notice.

Update: MuscleNerd via Twitter says jailbroken devices are all clear: 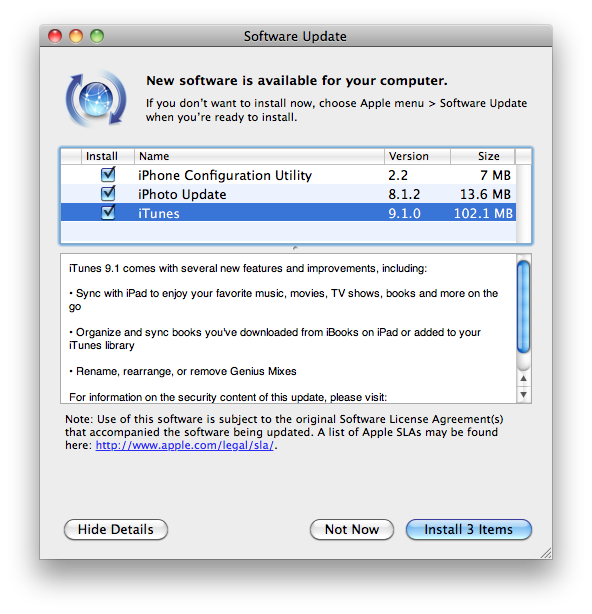