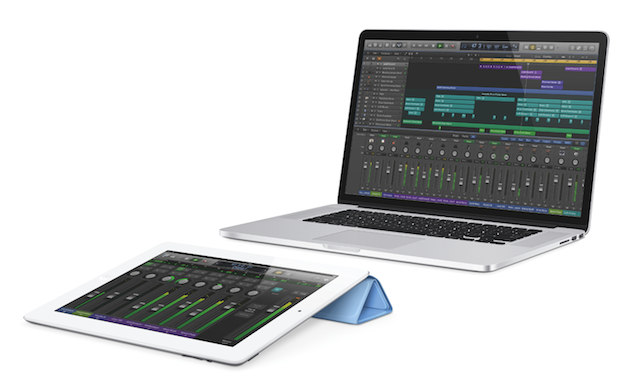 Apple today unveiled Logic Pro X, the next generation of Logic Pro, its professional audio software. The software comes with a new interface designed for music professionals and features new creative tools for musicians such as Drummer and Flex Pitch, alongside a Logic Remote which is a remote control app for Logic Pro X and runs on an iPad.

Apple today unveiled Logic Pro X, the most advanced version of Logic Pro to date, featuring a new interface designed for pros, powerful new creative tools for musicians, and an expanded collection of instruments and effects. Logic Pro X includes Drummer, a revolutionary new feature that provides a virtual session player that automatically plays along with your song in a wide variety of drumming styles and techniques, and Flex Pitch, which provides integrated pitch editing for audio recordings. Apple also introduced Logic Remote, an innovative new way to play and control Logic Pro X from your iPad®, giving musicians the flexibility to create and mix their music from anywhere in the room.

With Logic Pro X, musicians have a collection of new creative tools for songwriting and music production. The update also expands the currently available collection of synthesizers and keyboards with more instruments.