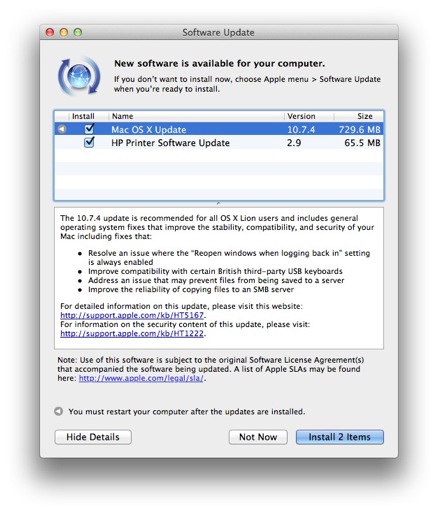 Just a couple hours ago, Apple pushed out the latest update to OS X Lion, to fix a vulnerability where a user’s password could be stored in plain text, as part of a bug with FileVault. You’ll find the details under Software Update on your Mac. Here’s what’s new:

The update with Safari 5.1.6 includes the following:

Note how this Safari update will automatically disable older versions of Adobe’s Flash, as Apple wants to secure the at-risk plugin.

Twitter Blue has once again been working on bringing its edit button to the fold. In a new tweet, the premium subscription of the social media platform shows off how the edit function will work both in terms of the user tweeting as well as the general audience seeing the changes. Earlier in September, Twitter...
Steve Vegvari
25 mins ago