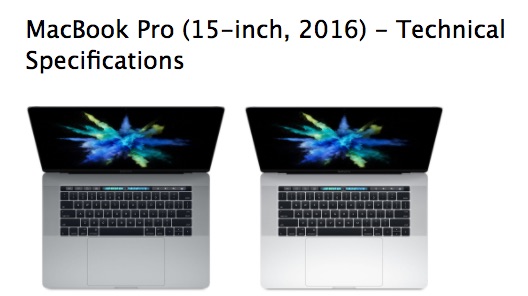 When Apple first launched its MacBook Pro there was always a time-of-year reference (Early, Mid, or Late) in the model name.

For instance, when the original MacBook Pro with Retina display was released, Apple gave it a “Mid 2012” model name because it was released in June of that year. The time of year references are as follows:

Apple continued this trend up until the latest MacBook Pro, which was released in October 2016. According to a new report from MacRumors, Apple has dropped the time-of-year reference on its website and under “About this Mac” in the latest macOS Sierra 10.12.4 beta.

Last year, Apple only refreshed the MacBook Pro once so it makes sense for the company to drop the “late” reference. However, Apple has elected to keep the “Early 2016” descriptor on its 12-inch MacBook despite there being no updates to that product line last year.