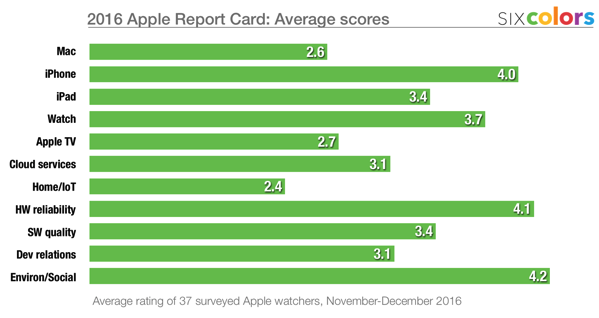 The folks over at Six Colors have just published their Apple Report Card for 2016, reflecting on the Cupertino tech giant’s performance in the past year. The report card is based on a survey to a group of writers, editors, podcasters and developers, who were prompted with 11 different Apple-related subjects, and asked to rate them on a scale from 1 to 5. A total of 37 replies were received, with the average results as shown above.

Since the survey format was the same as last year, the source was able to track the change in their panel’s consensus opinion compared to the previous year. The net changes between 2015 and 2016 surveys are displayed below: 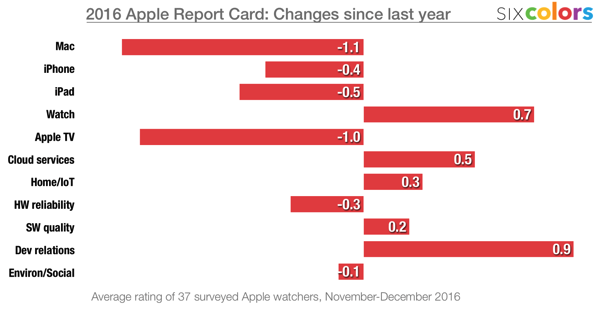 As you can see, Apple definitely had a rough year, and although opinions on the Apple Watch, Apple’s cloud services, and developer relations were improved, there were strong negative trends for the Mac and Apple TV.