According to an iLounge report, Apple will be the single seller for dock connector adapters after the New iPhone’s launch. A few sources have verified that Apple hasn’t notified any companies of their new dock connector, therefore Apple will sell them exclusively at the initial release.

These dock connector adapters will sell for $10 each or $29 for a pack of three. They will be used to keep old accessories, docks, and more compatible with the latest Apple products. 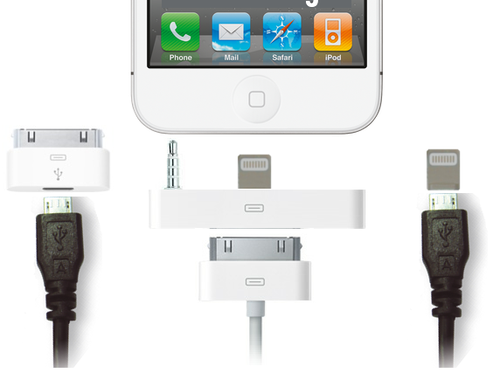 While leaks of the new connector have been numerous, Apple has remained mum on what developers are calling the “9-pin Connector,” even though sources claim that Apple has in recent months stopped approving third-party proposals for connector-equipped accessories. Some developers fear that Apple will corner the market for both the adapters and cables, much as it did with MagSafe connectors for MacBook laptops, using licensing agreements and threats of lawsuits to prevent less expensive third-party solutions from coming to market. One source notes that Apple will reap a windfall by limiting competition in this manner, generating revenues of $100 million for every 10 million Dock Connector Adapters it sells for $10. According to the source, Apple estimates that it will sell the first 10 million Adapters by the end of 2012. It remains unclear whether Apple will allow third-party developers to release competing alternatives before then, or afterwards.

This pretty much sums it up, Apple is about to earn some major bread from their accessory market. It’s a great idea for them, but on the user-side I am not a huge spender on accessories. I personally believe they should include the adapters with the iPhone considering it was their idea to remove the 30-pin connector in the first place.