According to PatentlyApple, a series of Apple patent applications published by the US Patent & Trademark Office today, has revealed the company’s work on advancing its Retina Display through the use of Quantum Dots, that will eventually sharpen colors to yet “the next degree of outstanding quality”. Quantum dots or QDs are basically very small nanocrystals that can display quantum mechanical properties, meaning they’re capable of efficiently conveying color and improving accuracy. 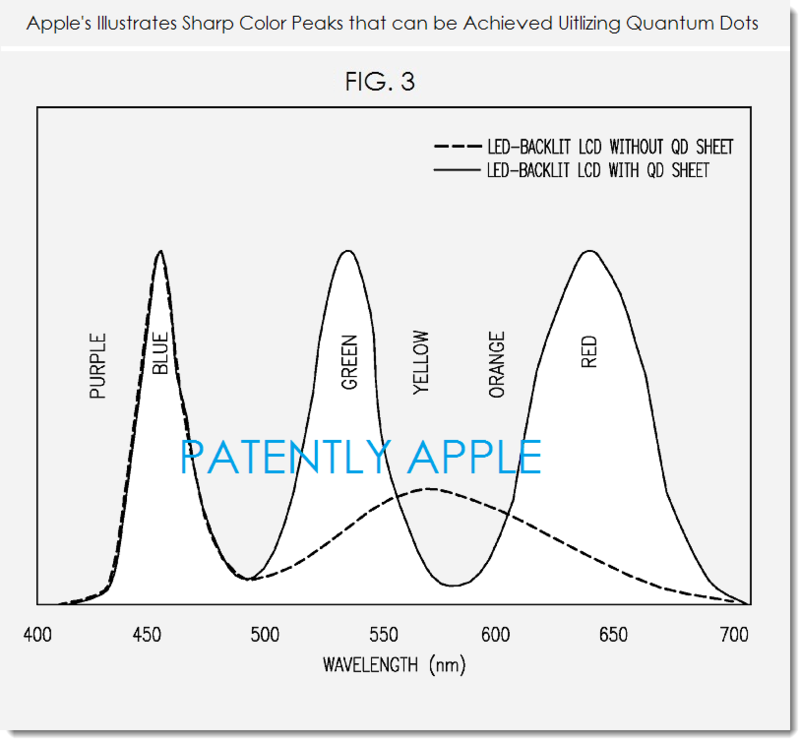 Apple’s patents describe the technology through the framework of red, blue, and green color wavelengths. The filings explain that a Retina Display without quantum dots can match color vibrancy and accuracy on blue, but falls short on green and red. Quantum dots, however, follow the RGB wavelength, potentially creating improved color accuracy.

One of the patents discusses the use of optical coatings to eliminate light emitting diode (LED) hotspots, and more particularly, to the placement of an optical coating near an LED or a quantum dot sheet to normalize the intensity of light emanating from a backlight.

The liquid crystal layer can be replaced by a MEMS shutter control layer, which does not require polarized light to control the brightness of color. By replacing the liquid crystal layer with a MEMS shutter control layer, quantum dots can be placed outside of the backlight architecture. This can allow the backlight to maintain a simpler architecture, while at the same time utilizing quantum dots to produce a display with a superior color gamut.”

As always, we can never be certain whether any of these technologies will eventually make their way to Apple products.