Apple has modified its return-and-exchange policy in Hong Kong, reports ZDNet. The usual 14 days free no longer applies there: Customers will think twice before returning or exchanging Apple products with their original receipt and packaging, as they will have to pay something called a packaging fee, which is 15% of the retail price of that specific product.

That’s if they return it in their original packaging. If they don’t, the fee increases to 25%, according to Chinese reports cited by ZDNet. The new policy applies to all Apple and Beats products purchased in Apple stores in Hong Kong. The publications speculate this is Apple’s way of addressing the smuggling of the company’s products: the restocking fee means scalpers will pay to return any unsold iPhones, which should deter hoarding of launch inventory. 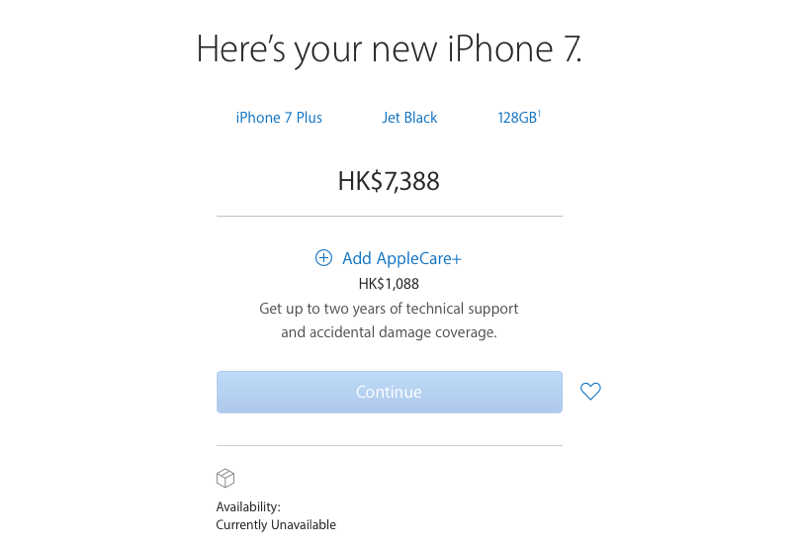 In Hong Kong you can purchase an Apple product duty free, so this means the iPhone 7 Plus, for example, is priced at $925 (HK$7,388) versus the $1077 price you have to pay in China for the same device, so the $125 price difference can be pretty attractive for resellers.

That could be the cause of people trying to introduce iPhones in China in bigger quantities: Shenzhen customs seized some smugglers who had about 20–30 iPhones taped under their clothes.

Also, travellers bringing an iPhone 7 to China for personal use will have to pay a 15% tax of the retail price, according to new rules imposed by Chinese customs.