As noted by 9to5Mac, Apple has just updated the Apple TV+ website UI for an improved experience for web browser users. The updated homepage offers the same design as seen in the TV app when navigating to the Apple TV+ tab. 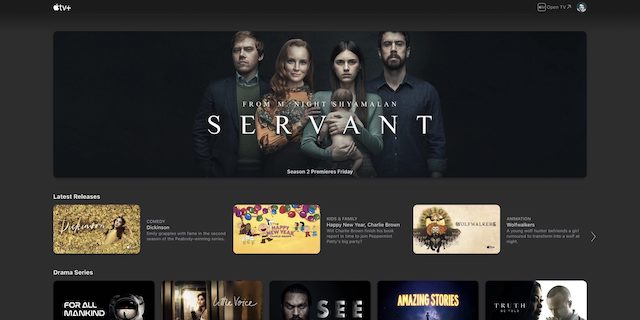 Macs users who cannot update to Catalina and do not have the native TV app option can also watch Apple TV+ shows through tv.apple.com. To watch through the Apple TV+ website, however, users require a credit card for authorization.

As of today’s overhaul, the new TV+ website homepage features the same featured header that you see in the Apple TV app, along with sections for the latest releases and genre categories. This makes it feel much more familiar for customers who are used to the native TV app experience.

Some of the basic features, such as the ability to resume from where you left off or see your Up Next queue, are still not available on the web.