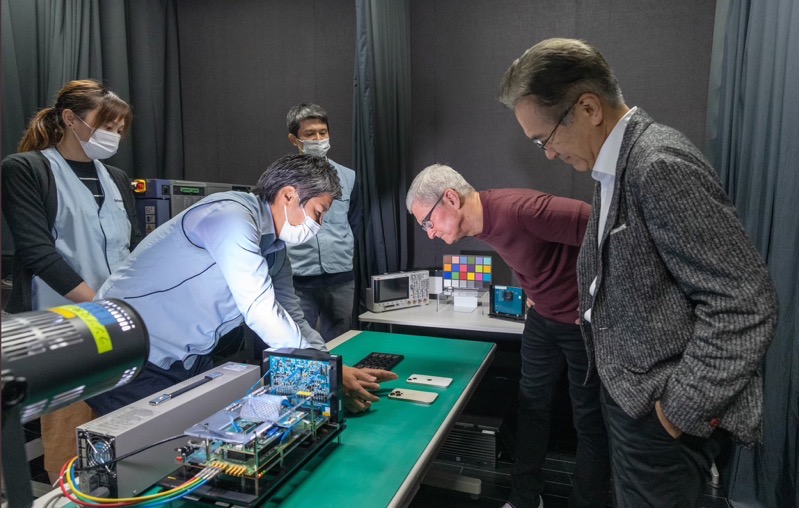 Apple CEO Tim Cook has revealed the company has been using Sony camera sensors in the iPhone for well over a decade, in what seemingly has been the first time this has been acknowledged by the Cupertino company.

“We’ve been partnering with Sony for over a decade to create the world’s leading camera sensors for iPhone,” said Cook on Monday night. “Thanks to Ken and everyone on the team for showing me around the cutting-edge facility in Kumamoto today,” said Cook.

We’ve been partnering with Sony for over a decade to create the world’s leading camera sensors for iPhone. Thanks to Ken and everyone on the team for showing me around the cutting-edge facility in Kumamoto today. pic.twitter.com/462SEkUbhi

You can take a rare look inside Sony’s secretive sensor factory in Kumamoto, Japan, here.

With iFixit’s iPhone 4S teardown in 2011, the company found that the 8MP camera module showed the word “SONY” inside it when it was examined under an infrared microscope. It seems the only way to find out camera sensors are indeed from Sony is when an infrared microscope is available, which was through Chipworks in 2011.

With iPhone 15 smartphones next year, Apple is rumoured to be using the newest image sensors from Sony. Pictures of your cat will never look better.