Apple this year has highlighted a handful of handpicked reviews for iPhone XS, iPhone XS Max and Apple Watch Series 4. 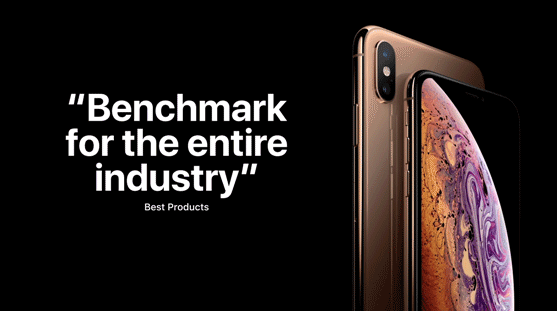 Yesterday, the first impressions of Apple’s latest iPhone models were published by select media outlets with early access to the phones, while today, the same went for Apple Watch Series 4 reviews.

Apple’s press release says, “Reviewers from across the globe have put iPhone XS and iPhone XS Max to the test,” and “Here’s what they are saying:”.

The company highlighted select passages from publications such as The New York Times, Daring Fireball, Mashable and TechCrunch. Accredited media received review units after Apple’s special event last week and had about a week to write their reviews.

Some sample passages include the following from The New York Times:

“Apple did a terrific job of increasing screen size without adding bulk or compromising the usability of the [iPhone] XS Max. … These changes amounted to meaningful improvements in ergonomics and overall convenience.”

…and this from Daring Fireball:

“iPhones can’t compete with big dedicated cameras in lens or sensor quality. It’s not even close. The laws of physics prevent it. But those traditional camera companies can’t compete with Apple in custom silicon or software, and their cameras can’t compete with iPhones in terms of always-in-your-pocket convenience and always-on internet connectivity for sharing. In the long run, the smart money is to bet on silicon and software.” 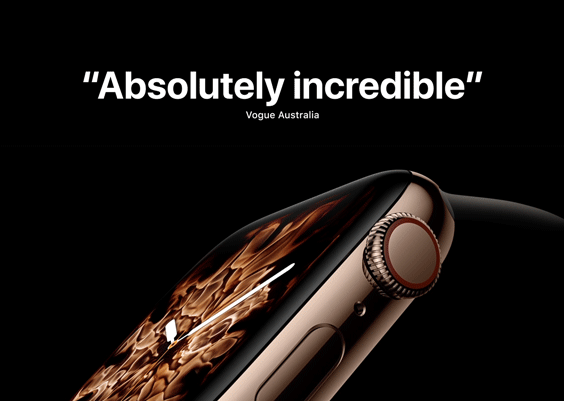 Apple handpicked the following lines from publications such as USA Today, saying:

“Bigger display, fall detection and ECG may make it the time to upgrade.”

“I’m obsessed with the heart rate features. I was already using my Apple Watch to check on my heart rate during exercise, and I love that the Series 4 will send me a notification if my heart rate appears low.”

Some Apple customers are saying it’s hard to write an unbiased review when you’re getting early access to a device for free, versus buying one with your own money to test. It’s long been stated some reviewers don’t want to ‘bite the hand that feeds you’ with a negative review, as that can mean possibly losing privileges. As a consumer, it’s your job to review a bunch of reviews, think critically, and decide for yourself if these shiny, beautiful and expensive devices are worth your money.

What do you think of early iPhone XS, iPhone XS Max and Apple Watch Series 4 reviews?