Does Apple have plans to launch an actual streaming service to showcase their content from iTunes? The answer is yes, according to sources AppAdvice spoke to. Just the other day Apple TV users in the US received iCloud capabilities for their previously purchased TV shows. Now, it appears Apple is set to launch a new re-downloading and streaming service called ‘iTunes Replay’:

In a nutshell, iTunes Replay is an extension to what Apple is already doing with iCloud and free re-downloads of previously purchased music. As Apple secures the remaining rights, TV Shows as well as Movies in iTunes will be given little arrow indicating whether theyâ€™re â€œiTunes Replay eligibleâ€, that is, available to be downloaded subsequent times. Note that some content will unfortunately only be available to download five times and we donâ€™t know how streaming will count towards that limit.

‘iTunes Replay’ will enable users to watch movies previously purchased as far back as the 2009, with abilities to stream to Apple TV and possibly iOS devices as well. No word on streaming to Macs, yet.Â Their sources continue to mention ‘iTunes Replay’ is being used internally right now at Apple and will be kept when the service goes live, in the next few weeks.

This is not the first time ‘iTunes Replay’ has been discussed. MacRumors reminds us of an AppleInsider report back in early 2009 talking about details of the service. Given that distribution of copyrighted content requires complex negotiations with movie networks, it’s possible delays in those talks have stalled the service until now.

Apple was able to successfully strike a deal with all five major music studios for their iTunes Match service–could we see something similar for movie content, and become a viable competitor to Netflix? 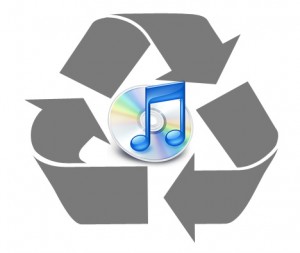