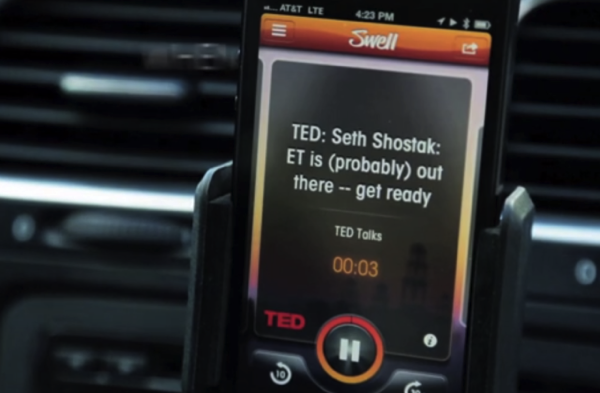 Multiple sources speaking with Re/code have revealed that Apple is about to acquire the Pandora-for-talk-radio app Swell for $30 million.

Unlike the Beats Electronics acqui-hire, which also includes Beats Radio deal, this purchase focuses more on talk radio than on music. The iOS app currently compiles podcasts and shows, and arranges them into personalized streams from different sources like NPR, BBC, ESPN and others.

You may recall that Apple has recently added ESPN and NPR stations to iTunes Radio.

Although Swell raised $7.2 million from investors, it didn’t manage the growth it expected. Its simple UI fostered car listening habits, but, despite high levels of engagement among fans, the app has had trouble expanding its user base.

Swell will be shut down this week, as the two parties agree on the deal’s terms, and much of the Swell team will join Apple. The company CEO Ram Ramkumar and other members of the team have has another successful sale, however: an image-recognition startup Snaptell sold to Amazon.

Update July 29, 2014: Apple has confirmed its acquisition of Swell to the Wall Street Journal:

Apple confirms Swell deal w: we buy "smaller technology companies from time to time, and we generally do not discuss our purpose or plans."