In an attempt to boost iPhone 5s and iPhone 5c sales, Apple is preparing to increase trade-in values of the four-year-old iPhone 4 and three-year-old iPhone 4S, documents obtained by iLounge reveal. 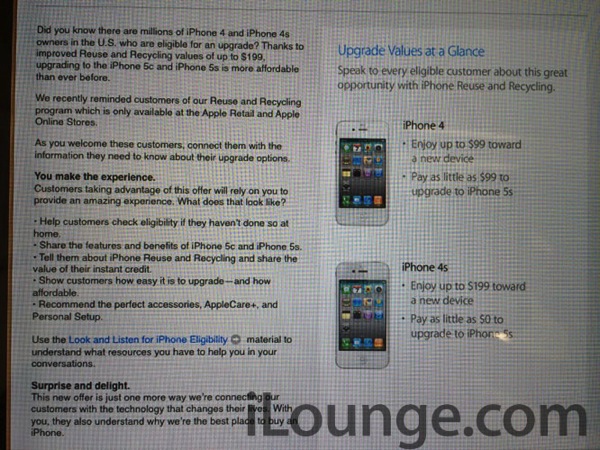 According to these documents, Apple will offer up to $199 for an iPhone 4S, and up to $99 for a iPhone 4, when traded in for a new handset. This obviously doesn’t allow new iPhone buyers to cut acquisition costs at all, however.

The upgrade option will be shared with eligible customers, iLounge’s sources say, as Apple Store workers were instructed to talk about this great upgrade opportunity possibly by rolling into Apple’s iPhone Reuse and Recycling program.

9to5Mac reported earlier that Apple is making preparations for a major iPhone upgrade event to boost sales, and the documents obtained by iLounge seem to corroborate those rumours. Canadians can only hope that Apple will increase the already active iPhone Reuse and Recycling program, which currently offers up to $270 for an iPhone 3GS or later.

TikTok has revealed its 2022 year in review, highlighting the latest trends, creators, movements and moments that made this year one to remember in Canada and around the world. According to the social network, it says the “TikTok community elevated and celebrated creative expression in new ways–discovering, creating and sharing content that captured our collective imagination.” […]
Gary Ng
50 mins ago