According to Chitika’s latest analysis of iPhone and Galaxy usage in North America during 2013, Apple appears to be growing almost twice as fast as Samsung in the region, Fortune is reporting. As measured by the online advertising network, Apple’s share of mobile web traffic over the course of 2013 grew to 67%, more than double that that of Samsung. 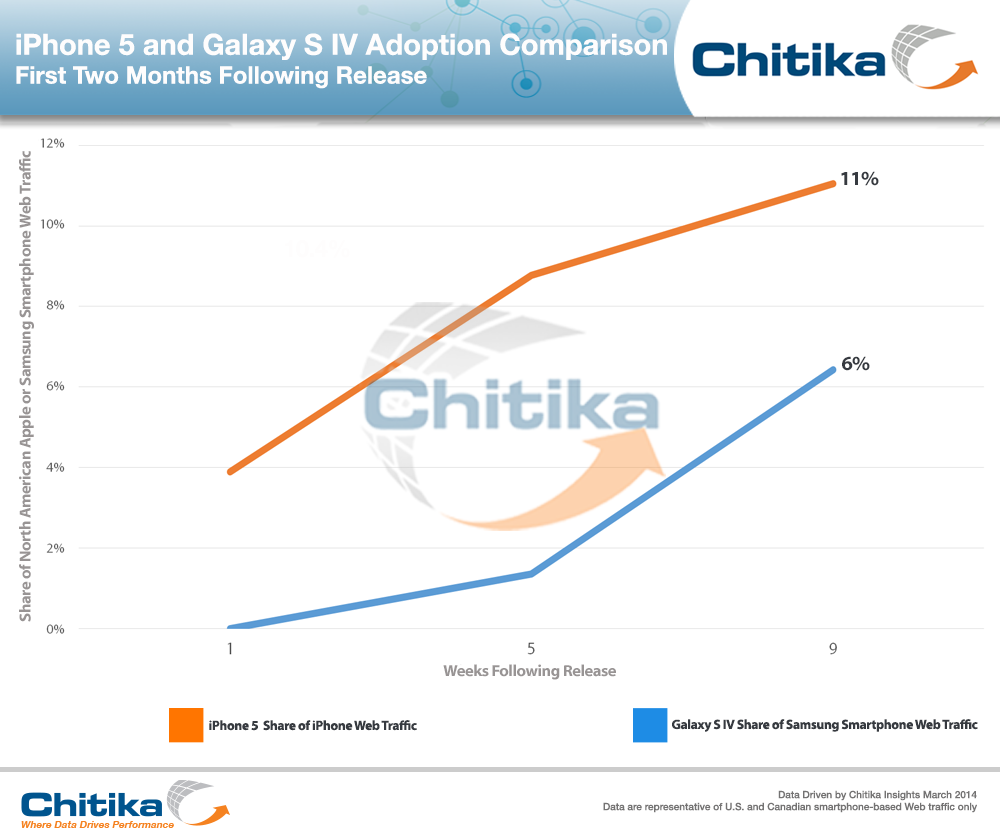 The report highlights that despite Apple’s larger installed base in North America, a year old iPhone i.e the iPhone 5, was sold up almost two times as fast as the 2013 Galaxy smartphones, including the Galaxy S4. Despite the slow pick-up of its new model however, Chitika notes that Samsung’s dominance of the North American Android market continues to grow. The company holds 54% Android marketshare as of January 2014, while other vendors are at 46%.

“Both Samsung and Apple are well positioned to maintain their top spots in the mobile marketplace, but usage statistics, in conjunction with sales figures, make it clear that each company has its own set of strengths when it comes to North America. Continental usage of Apple products generally outperform its market share, likely indicating that users are highly engaged with the company’s devices as compared to those of its competitors. Samsung has invested heavily in the North American mobile marketplace, and its devices easily drive the most Android Web traffic. This makes the user experience on its devices of prime concern for Android OS and application developers, helping Samsung deliver a more seamless experience to its users.”