While the CEOs of Apple and Samsung are scheduled to meet in San Francisco on May 21st for a court-moderated discussion, in order to settle the long-standing patent dispute between the two companies, Apple has made a new filing in California narrowing down the infringement claims against Samsung while the Korean giant has responded by dropping five of its 12 asserted patents against Apple, reports Foss Patents. At the same time, Apple’s filing accuses Samsung of being uncooperative in the build-up to these filings while Samsung is putting all the blame on Apple claiming that the case still isn’t ready for a summer trial. 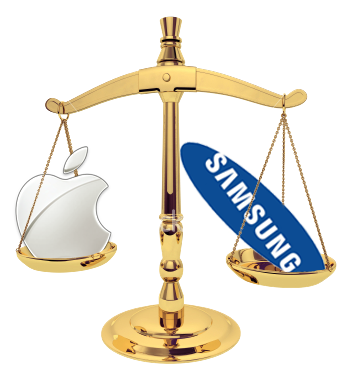 Apple says Samsung has now become the number one in worldwide smartphone sales thanks to infringement, [..] In order to underscore the sense of urgency Apple stresses the “massive, continuing harm on Apple” resulting from Samsung’s alleged infringements:

“While the parties have been readying the case for trial Samsung has vaulted into first place in worldwide sales of smartphones, with massive sales of its copycat products. Samsung’s infringement of Apple’s intellectual property has already resulted in damages that reach billions of dollars. […] It is critical to Apple to start trial on July 30, to put an end to Samsung’s continuing infringement.”

Samsung claims Apple is “[u]nable to compete in the marketplace” and “instead seeking to compete through litigation, requesting injunctions against the full lineup of Samsung’s mobile phones and tablet products”. Samsung also says that “Apple has only been able to muster utility patents covering extremely minor user interface features, and design patents and trade dresses that offer far narrower protection than Apple urges”.

Steve Jobs once said that “good artists copy, great artists steal“. But between these two companies here, there can be no doubt about who’s copied from whom. What do you guys think?