Apple & Samsung Negotiations Continue But No Signs Of Settlement Yet 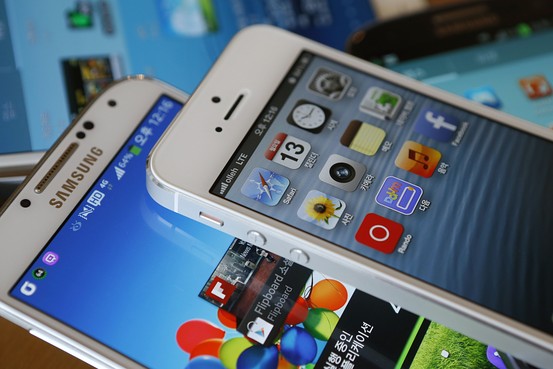 A series of private negotiations and face-to-face meetings between Apple and Samsung have reportedly taken place during the past few months, but there is still no indication that the two sides are close to a settlement, according to The Wall Street Journal. People familiar with the discussions are claiming the talks between the two tech giants are still going on, though they are unlikely to come to an agreement any time soon.

“Most details about the recent talks are contained in the 161-page ITC document explaining its June 4 ruling, with most proposed settlement terms redacted. It states that Apple made a settlement offer to Samsung in September, shortly after its win in the California trial.

But the most serious of talks appear to have taken place between December and March, according to the document”.

The two companies continued negotiations until March, but talks appear to have broken down soon after. The ITC document indicates that on March 22, Samsung asked to reopen negotiations, but Apple hadn’t responded to it by the time of the decision.