Apple & Samsung Once Again Account For All Of Smartphone Profits

With iPhone taking 57% of the market’s value and Samsung’s handsets accounting for the remaining 43%, Apple and Samsung are once again the only two companies to account for all of the profits in the smartphone business (via AppleInsider). Canaccord Genuity‘s latest “value share” data, which notes how profitable companies are in the handset space, reveals that Samsung and Apple are together estimated to have accounted for 100% of industry profits in the first quarter of 2013. 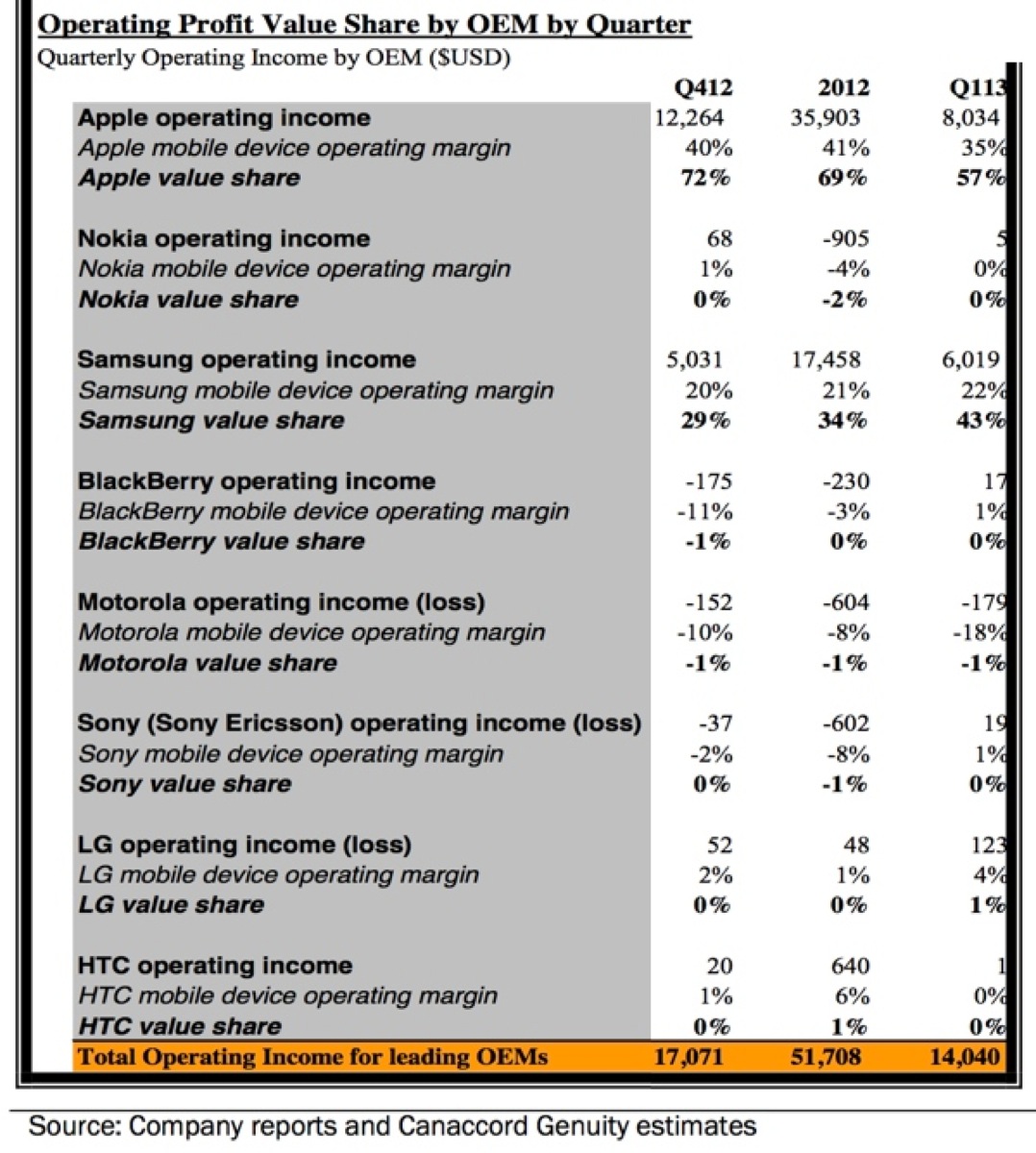 In the previous quarter, the two rivals took 103% of handset profits due to losses incurred by Motorola, Sony and Nokia. Among the other major vendors tracked by Canaccord, the only company to carve out a positive value share was LG, which took 1%. But LG’s success was offset by a negative 1% loss seen by Motorola.

Apple’s estimated 57 percent of handset industry profits was down from 72 percent in the December quarter, as Apple saw its operating margins fall from 40 percent to 35 percent. Those shifts were attributed to softer iPhone 5 sales and stronger demand for the legacy iPhone 4 and iPhone 4S models.

Samsung, meanwhile, saw its “value share” grow from 29 percent of the industry’s profits to an estimated 43 percent in the March quarter. Samsung’s margins also increased slightly, from 20 percent to 22 percent.

Nokia, BlackBerry, Sony Ericsson, and HTC hardly managed to break even in the March quarter, earning a 0% value share.