Now is the time to register for the SAP Academy for iOS so you can get the training necessary to start developing your own apps for iOS. The announcement was made at the currently ongoing Mobile World Congress in Barcelona. 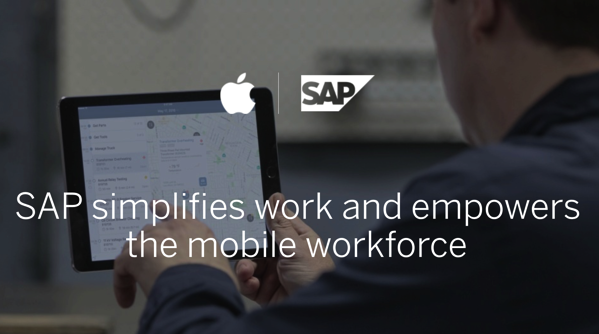 SAP says its Cloud Platform software development kit (SDK) will provide developers with enterprise features such as single sign-on and offline data sync, and that it is enhanced with complementary tools that aim to reduce complexity in the development process.

Susan Prescott, vice president of Product Marketing, Apple, said: “When we set out on this partnership with SAP, we knew we had an incredible opportunity to transform how people around the world work by combining the innovation and security of iOS with SAP’s leadership in enterprise software. We’re already seeing the impact that the combination of iOS and SAP brings to businesses to enable better, more efficient and effective processes across industries. Now even more developers will be able to take advantage of the new SDK, and we can’t wait to see how they transform their businesses.”

The learning journey starts with an introduction to SAP Fiori for iOS of 3–6 hours, which is followed by training on SAP Hana Cloud Platform Essentials, and then you’ll jump into developing mobile apps using the platform. You can check the full learning journey here.

SAP is currently building native iOS apps for various industries, the first of which is aimed at improving collaboration within project teams on iPhone and iPad, and which will go live at the end of March.

Tonight, The Game Awards 2022 is being held in Los Angeles at the Microsoft Theatre. Thankfully, for those of us at home around the globe, host Geoff Keighley will be live streaming the event across many platforms. Each year, The Game Awards celebrates the last 12 months of gaming. Showing recognition to the hard-working developers...
Steve Vegvari
33 mins ago

The annual Reddit Recap is here and for 2022 and the most popular posts, communities and more on the site have been revealed, with data for Canada available as well. “With more than 100,000 active communities from around the world across Reddit, there are a lot of conversations happening in any given moment. So we […]
Gary Ng
33 mins ago

Celebrating the 10-year anniversary of The Hobbit: An Unexpected Journey, Airbnb is offering overnight stays at the iconic Hobbiton Movie Set in New Zealand. The Hobbiton set has become an illustrious destination for those travelling to New Zealand. Airbnb is kicking off its exclusive offer this month, which should satiate fans of J. R. R....
Steve Vegvari
45 mins ago