For those developing on a Mac, whether you are developing for Mac or iPhone, OS 10.7 is to deliver many new features to the Mac platform while also very closely unifying both iOS and Mac OS X.

Known Issues
– If after enabling Disk Encryption you are rebooted back into Lion, and the Disk Encryption tab of the Security & Privacy System Preferences pane does not report that your disk is in the process of encrypting, please try re-enabling disk encryption.

– The Services menu may not be fully functional in applications utilizing Application Sandboxing, such as TextEdit and Preview.

– VoiceOver will not play a welcome message during initial user setup. VoiceOver works correctly otherwise, once enabled through System Preferences or by hittingâ€š command-F5.

– If AirDrop does not appear to be working correctly, option-click the AirPort menubar item and ensure that the channel listed is not on the 5 GHz band with a channel between 52-64 or 100-140. Disabling and enabling Wi-Fi may resolve this issue.

– The Recovery partition may not be created when installing Lion on a drive with an unsupported partition scheme.

– In the open and save dialogs of Preview and TextEdit, the controls that allow you to specify formats, encodings, and other options may not be visible if the Dock is positioned on the right or left edges of the screen. If you encounter this issue, you can get around it by dismissing the panel, moving the Dock to the bottom of the screen, and bringing up the panel again.

– Multitouch trackpads that only support two-finger gestures will not have an option to reverse the scrolling direction in the Trackpad System Preferences pane.

– iTunes gift cards and other redemption codes cannot be redeemed in the Mac App Store.

– Saving a PDF being previewed in Safari is not currently supported. Instead, ctrl-click the link to the PDF and select “Save Linked File”.

Known Issues with Lion Server
– Lion Server must be installed on an empty disk.

– Lion Server is included with Mac OS X Lion Developer Preview. In order to install Lion Server, you will need to click the Customize button and select Server during the initial install process.

– During installation, Lion Server may not be selected as a default install package on server hardware. You must select customize an manually choose to install Server.

– Safari is currently the only supported browser for use with Wiki Server or Profile Manager.

– Profile Manager does not currently allow for profiles, including the profile containing the MDM payload, to be locked.

– All users must have an email address when using shared calendars with iCal Server.

– New sharepoints will not inherit group permissions. You must manually change the permissions.

– Remote administration is not supported in this release.

– Installing the Server Admin Tools package on non-Lion Server systems is not supported.

Apple sent out the 10.7 seed invitations earlier this week. At this time, it is unknown how long this build period will last, but since 10.7 is due summer 2011, the build period could last a few months. 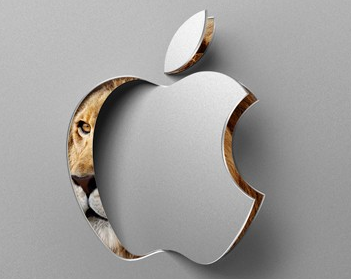