After obtaining fresh information about iOS 7 and its flat design, 9to5mac reported today that Apple is planning to enter into the in-car integration space as soon as this year. From what their sources “familiar with the matter” are whispering, Apple is after improving the driving experience by implementing iOS Maps and Siri, and the company is already working with car manufacturers. 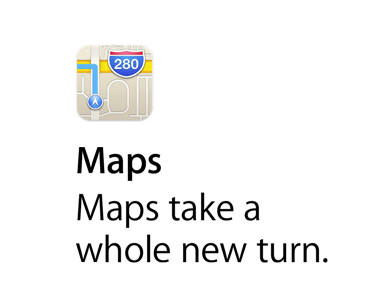 According to people familiar with the plans, Apple is working with car makers on updated versions of car center consoles that could attach to iOS devices like the iPhone. Specifically, an iPhone could be plugged into a car and an optimized, redesigned version of Apple Maps will appear on the car’s built-in display instead of a proprietary GPS system found in many cars.

Sources have described this as a feature akin to a video-out or mirrored display representation of the iPhone’s Maps app onto the bigger screens included with most modern vehicles. This is unlike the new Volkswagen iBeetle car that simply holds an iPhone running a third-party app.

Apple’s plans go further than the iBeetle that recently launched: when the iPhone is connected, Siri will likely be used to control iOS features and Apple Maps.

The new driving improvements Apple plans for its customers are reportedly based on technologies in iOS 7, but the public release could come later than the WWDC, when we all expect iOS 7 to debut. The reason: Apple needs to perform extensive in-car testing and finalize the deal with car manufacturers.

There are many ties connecting Apple and cars: the company has multiple car-related patents, such as the recently granted ones allowing control of your car with your iPhone. Also, Apple announced an Eyes-Free Siri service last year, which allows users to connect their iPhone to their car and use Siri. Also, Apple is working with multiple car manufacturers to enable Eyes-Free, so it is highly likely they will likely be interested in full mobile technology integration.