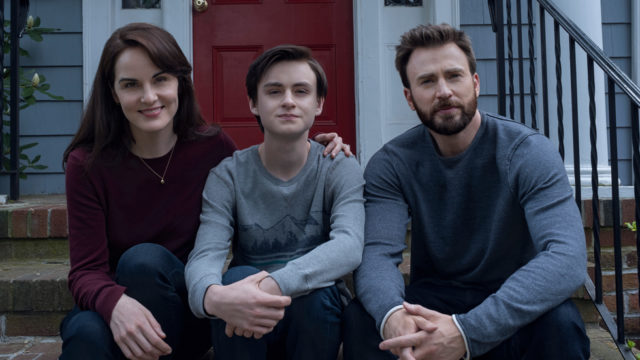 Apple has announced release dates for a slew of new shows hitting Apple TV+ in the near future. Most of the shows given release dates are set to begin airing in the spring and summer of 2020. Apple has also included a synopsis as well as other looks at the upcoming shows.

In a series of press releases, Apple announced that the first three episodes of the highly-anticipated mini-series Defending Jacob will be available on April 24th. Starring Chris Evans and Michelle Dockery, Defending Jacob is based on the novel by the same name and follows the story of a district attorney investigating the murder of a teenager in a small Massachusetts town.

In addition, Apple has also announced the Steven Spielburg produced ‘Amazing Stories’ will begin streaming on March 6th. Amazing Stories is an anthology sci-fi series based on the 1980’s original show. Each episode will tackle strange and bizarre stories and will star Dylan O’Brien, Victoria Pedretti, Josh Holloway, Sasha Alexander, and Robert Forster.

‘Central Park’ was announced to be debuting in the summer. Created by ‘Bob’s Burgers’ Loren Bouchard, Central Park and an animated comedy with a musical twist. It centres around the Tillerman family, who live in Central Park and tend to the grounds as well.

On April 3rd, ‘Home Before Dark’ will begin airing. Home Before Dark stars Brooklynn Prince, Jim Sturgess, Abby Miller, Kylie Rogers, and Adrian Hough. The show follows a young child journalist who moves from Brooklyn to a small lakeside town to live with her father. There, she uncovers a mystery many townsfolk have been trying to keep buried.

‘Home’, a documentary series featuring some of the most innovative houses around the world begins airing on April 17th. According to Apple, each episode “unveils the boundary-pushing imagination of the visionaries who dared to dream and build them.”

Finally, ‘Mystic Quest: Raven’s Banquet’ has been greenlit for a second season ahead of its debut on February 7th.