Amid an ongoing selloff of big-tech stocks, bolstered by iPhone supply concerns during the key holiday period, Apple’s stock price has now reached its lowest level since June 2021 (via Bloomberg). 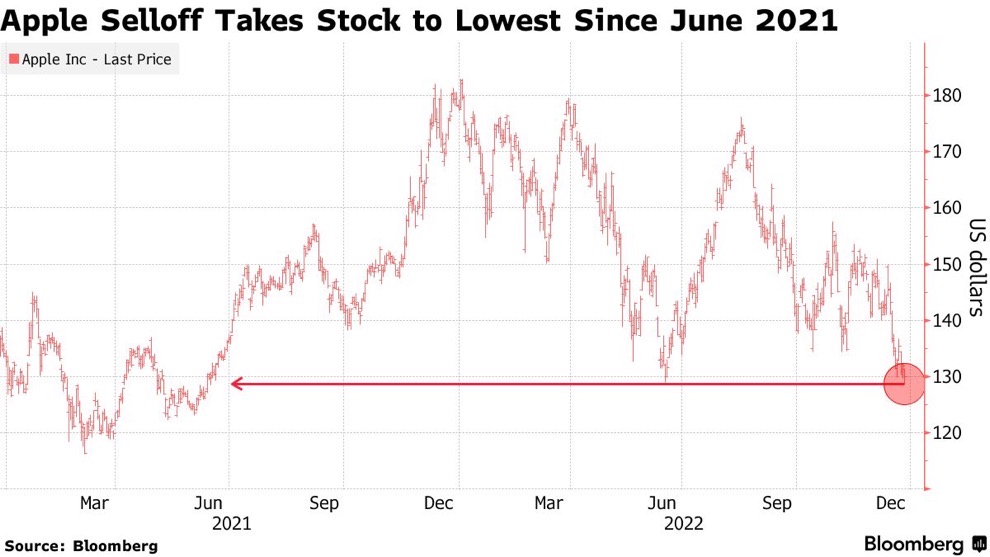 AAPL fell 1.4% on Tuesday to mark a third straight decline, with the Nasdaq 100 down 0.8%. Even though Apple remains a modest outperformer for 2022 with a 27% decline, compared to the 33% drop of the Nasdaq 100 Index, it has lagged significantly over the past few weeks.

According to JPMorgan, the iPhone supply is “improving and inching slowly towards parity with demand.” However, it noted that Apple is usually “much further along in reaching parity between iPhone demand and supply” at this time of the year.

The firm, therefore, expects results in Apple’s December quarter to be “muted” relative to consensus expectations.

The Nasdaq 100 is facing its worst December performance since the dotcom era as investors expect the Federal Reserve to retain a hawkish stance.