Apple’s Stock is Primed to Move Back Up to $200, Says Analyst 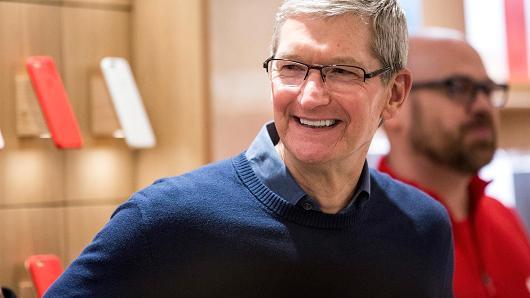 According to GBH Insights analyst Dan Ives, Apple’s three major advantages i.e. popularity in China, a growing services business and war chest of cash, will drive the company’s shares back into the $180-$200 range over the coming quarters, CNBC News is reporting. Ives put a price target of $205 on the stock, well above the $174 it was trading at earlier today.

“[O]n the heels of a broader market snapback, we believe the Street is finally seeing the forest through the trees as the March guidance hangover appears to have dissipated,” Ives wrote in a Friday research note. “Importantly we estimate Apple has roughly 350 million iPhones that are in the window of opportunity to upgrade over the next 12 to 18 months, now it’s about which model and price point ‘strike a chord’ for these customers to ultimately upgrade as the iPhone X demand has softened.”

Ives predicts that Apple will release three new iPhones in 2018, models that will help capture any customers that did not upgrade to the expensive iPhone X. He further believes that Apple’s “unparalleled consumer franchise” will help it woo owners of the 70 million Chinese iPhones that are due for an upgrade.

Since Apple is making heavy investments in its services division, including Apple Music, Apple Care, and the App Store, Ives says the business will hit $50 billion annual revenue by 2020.

With Apple recently announcing that it aims to become “cash neutral”, Ives believes it could suggest huge dividends and share buybacks from the iPhone maker, meaning more good news for the investors.

Taiwan Semiconductor Manufacturing Co. (TSMC), Apple’s primary chip supplier, will also produce advanced 4-nanometer chips at its $12 billion USD under-construction manufacturing facility in the U.S. state of Arizona — reports Bloomberg. The information comes from people with knowledge of the matter, who said TSMC will announce the new plan next week during a ceremony at...
Nehal Malik
42 mins ago