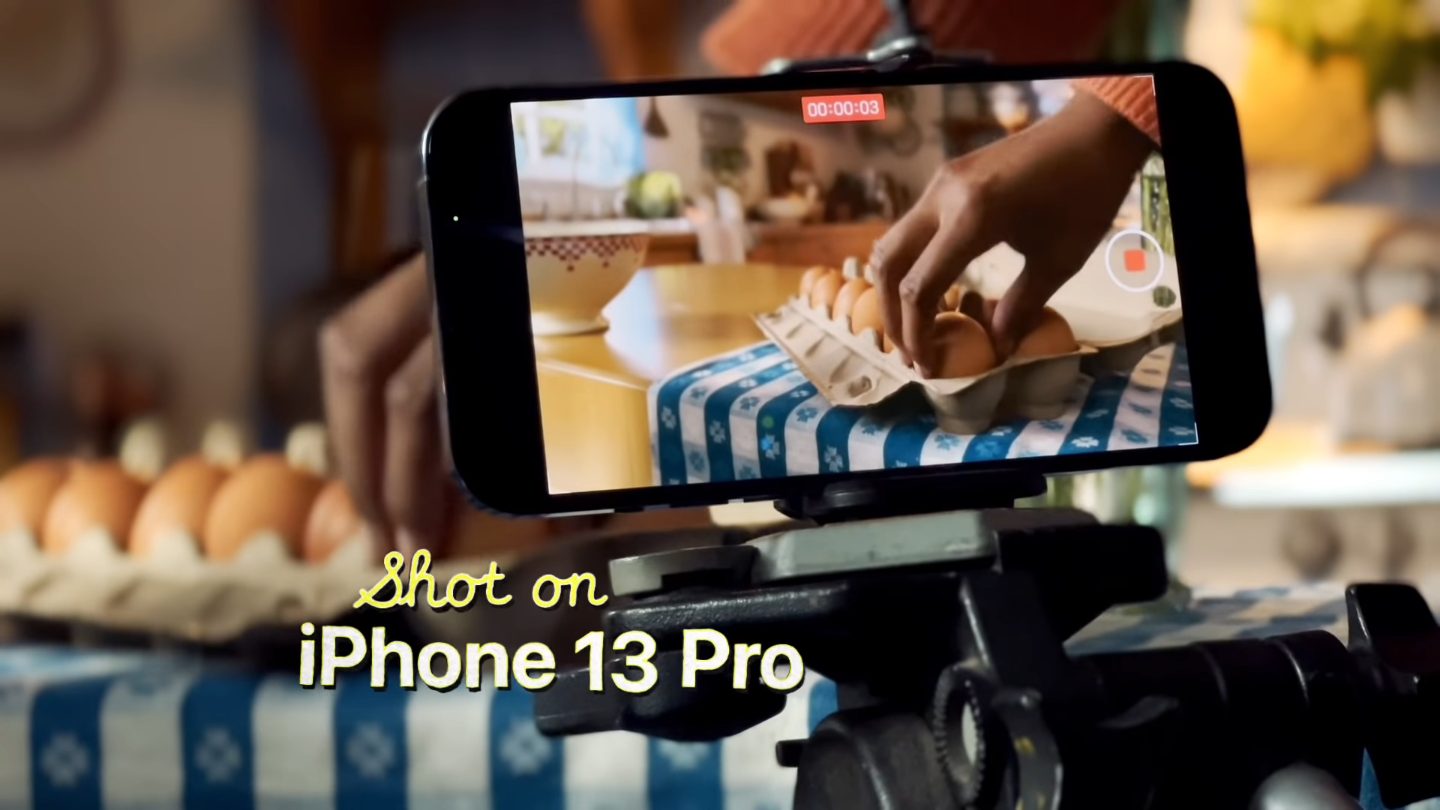 Apple has just published a new video for its ‘Shot on iPhone 13’ series on YouTube, titled ‘A Dozen Eggs‘.

Commissioned by Apple and directed by Michel Gondry (Eternal Sunshine of the Spotless Mind, The Science of Sleep), the video uses an iPhone 13 Pro and a dozen eggs to showcase some incredible camera magic and bring the French film director’s distinctive visual style to life.

“What happens when you take a dozen eggs, add iPhone 13 Pro and throw in the inventive mind of Michel Gondry? The simple becomes cinema,” reads the video’s description.

‘A Dozen Eggs’ takes full advantage of the iPhone 13 Pro’s cinematography prowess, creating movie-like sequences that most people would have a hard time believing were shot on a phone and telling a story through camera illusions. The video also features a couple of stop motion sequences that are a thing of beauty.

Check out ‘A Dozen Eggs’ in the video above.

For more ‘Shot on iPhone 13 Pro’ goodness, check out Apple’s ‘Hollywood at Home’ video from a couple of weeks ago for a masterclass in videography, or last month’s ‘Experiments’ video on movie magic and practical special effects.