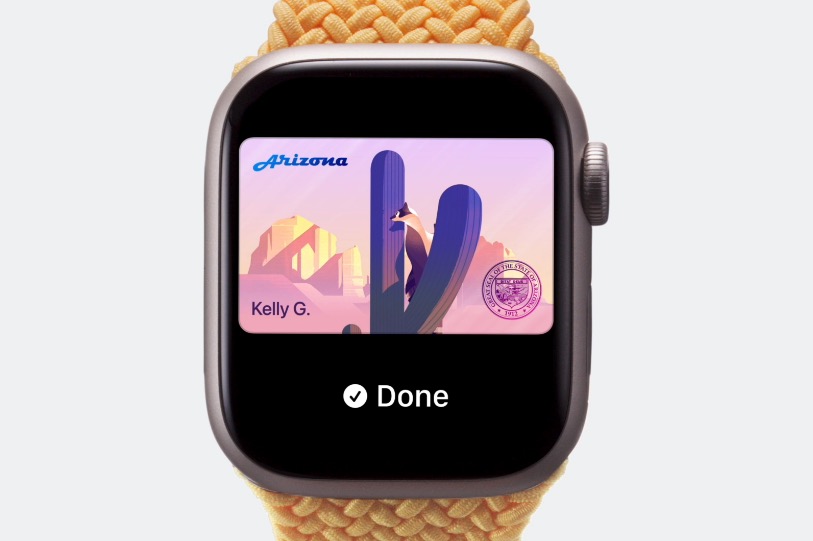 Apple recently launched a dedicated website to showcase a new feature in iOS 15 and watchOS 8 that lets users in participating U.S. states add their driver’s license or state ID to the Wallet app on their iPhone and Apple Watch.

“The future of Wallet is no wallet at all. You can already add boarding passes, vaccination cards, and credit or debit cards to Wallet. And now, you can add your driver’s license or state ID,” says Apple on the website, which explains how digital IDs work in the Wallet app and how you can add yours. “Presenting your ID just got that easy.”

The feature was first announced alongside iOS 15 at WWDC 2021 last year. Apple announced the first U.S. states that would support the feature back in September, but the Cupertino, California-based tech giant delayed digital ID support in the Wallet app to early 2022 a couple of months later in November.

The digital ID feature for Apple Wallet finally launched in the U.S. last month, making its debut in the state of Arizona. So far, Apple has not provided a release timeline for other U.S. states.

Apple’s website details how to add an Arizona ID to your iPhone, plus how to present your ID to TSA with iPhone as well. It’s a glimpse into our digital future when we can ditch physical cards.

Colorado, Hawaii, Mississippi, Ohio, and Puerto Rico plan to roll out the functionality in the near future, with Connecticut, Georgia, Iowa, Kentucky, Maryland, Oklahoma, and Utah also preparing to add support for it at some point.

Apple previously said it was in discussions with many more U.S. states as it hopes to offer the feature nationwide in the future.

Unfortunately for those north of the border, there is still no word yet on if the new Wallet feature will ever make its way to Canada (can you imagine how much red tape would be involved to even consider this here?).