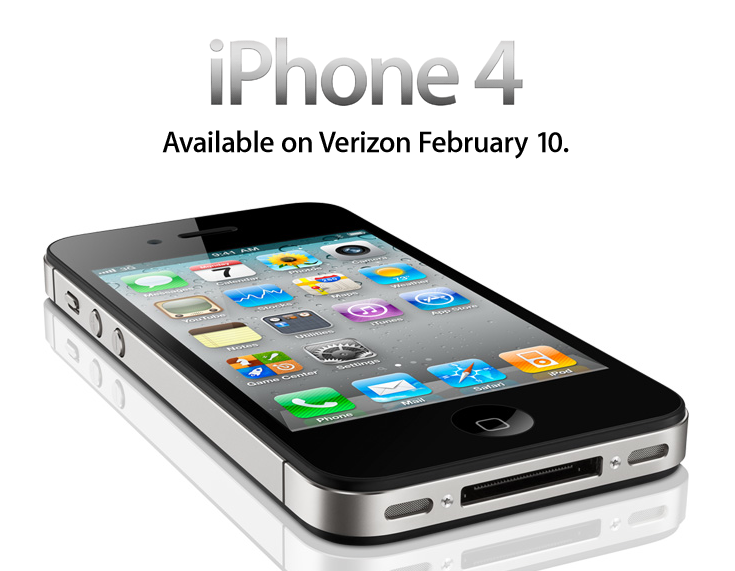 International Data Corporation has released their findings on the worldwide mobile phone market for the fourth quarter. Companies shipped about 400 million units in 4Q10 compared to 340 million units a year ago. The popularity of smartphones continues to grow worldwide.

Regional Analysis for the USA and Canada:

Android powered devices are taking over Canada. It’s not hard to see when you realize there are plenty of models available from the major carriers.

What’s interesting to note is the change in the top five mobile phone vendors:

Apple slipped to fifth spot, overtaken by Chinese company ZTE, which has exploded in growth the past year. RIM was in the fifth spot but has now been bumped to the “Other” category.

Apple falling into fifth spot should not raise any alarm bells once you look at the data. Apple’s year over year change for Q4 in 2010 is an impressive increase of 86.2%. Equally impressive is ZTE growing 76.8%.

As for the year over year change, comparing 2009 to 2010, Apple’s share increased by 89.2%, and ZTE grew 94%. Nokia grew 4.9%, Samsung 23.3%, and LG dropped 1%. Although Apple is not dominating unit sales numbers, they are growing at a pace that is slaying the competition. With the Verizon iPhone launching soon, you can expect these numbers to grow as 2011 passes by. 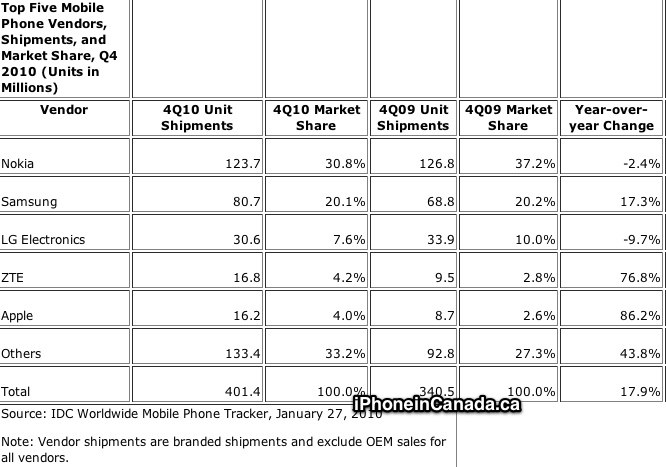 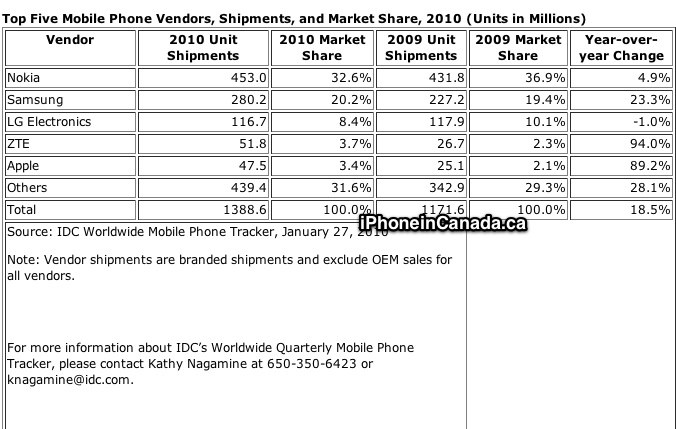